To understand and to combat the Zika virus

To understand and to combat the Zika virus 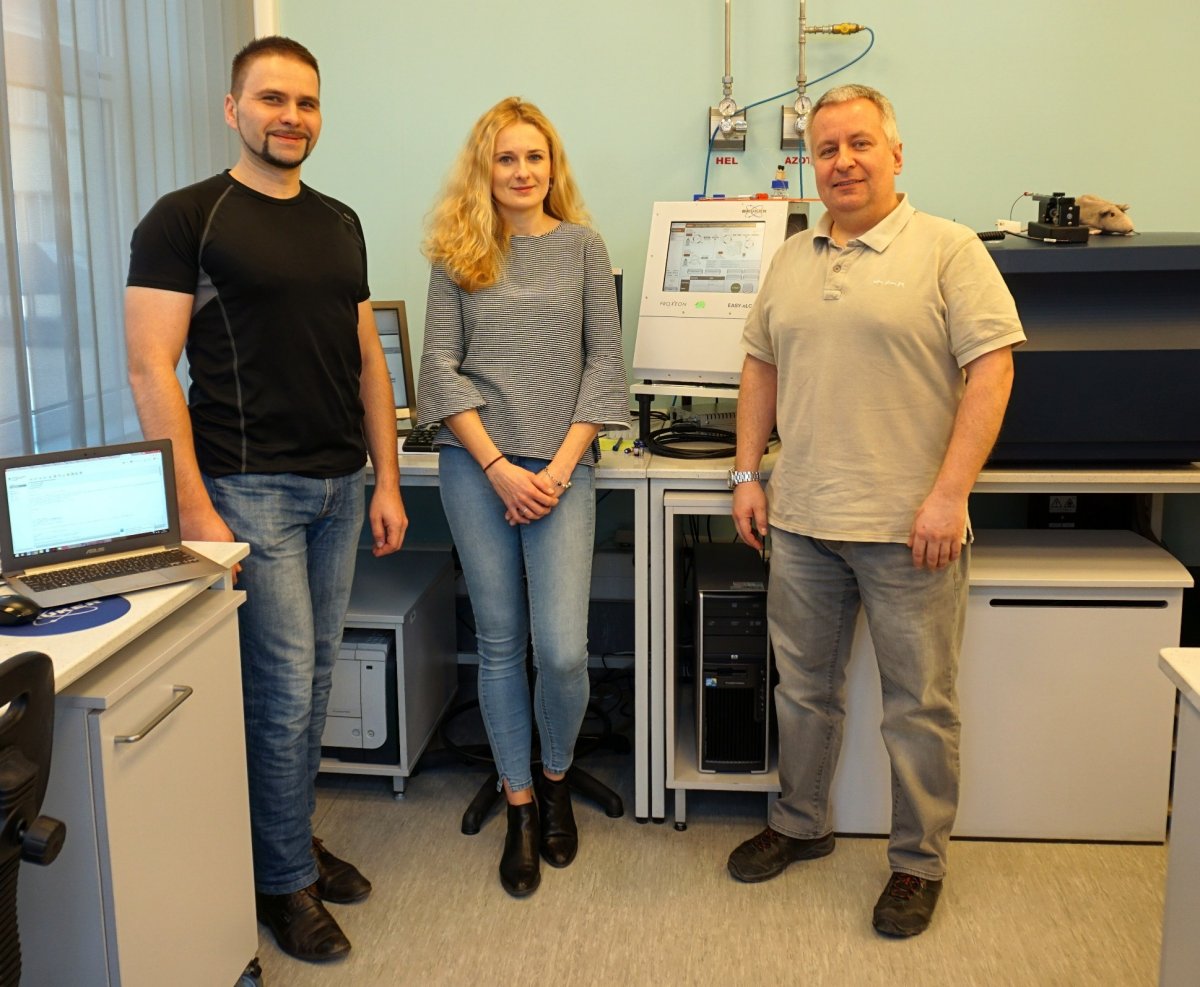 Dr hab. Krzysztof Pyrć with Dr hab. Piotr Suder and Ms Joanna Ner from AGH University of Science and Technology. The AGH team is responsible for development of methods allowing for the detection of subtle modifications to the cellular content, associated with the presence of the proteas.

On 1st of February 2016, the World Health Organization (WHO) declared the Zika virus infection and associated diseases to be a Public Health Emergency of International Concern. This virus is transmitted by mosquitoes and has been known of since 1947, yet for all these years it has never drawn wider attention. The first sign that the virus may pose a threat to humans appeared in 2007, when it spread to the islands of French Polynesia. The real danger was spotted in 2015, when it expanded its range to the Americas. The symptoms of infection are not that severe – self-limiting fever, skin rashes, conjunctivitis, muscle and joint pain, malaise and headache. Why the panic? Strikingly, the infections seem to be associated with increased frequency of occurrence of Guillain-Barré syndrome in adults and the number of babies born with microcephaly. Both these conditions are very severe and no vaccines or drugs are available.

The Zika virus has a very peculiar mode of replication. After it enters the cell, its genetic material serves as a template for the production of a single, very long protein. This protein is non-functional, and needs to be cut into small pieces that eventually serve as viral enzymes and structural bricks forming progeny virions. Most of these scissions are carried out by the fragment of the protein – a region called non-structural protein 3 (NS3) – and its inhibition results in a complete blockade of virus replication. Similar enzymes are produced by other viruses, and some drugs targeting these proteases (e.g., for hepatitis C virus or HIV-1) have already proven to be useful in the clinic. Interestingly, viral proteases also remodel the microenvironment of the infection. Due to modulation of signalling pathways, they alter the cellular metabolism and hamper the immune responses. Consequently, these actions allow the virus to efficiently replicate and transmit to the new host. 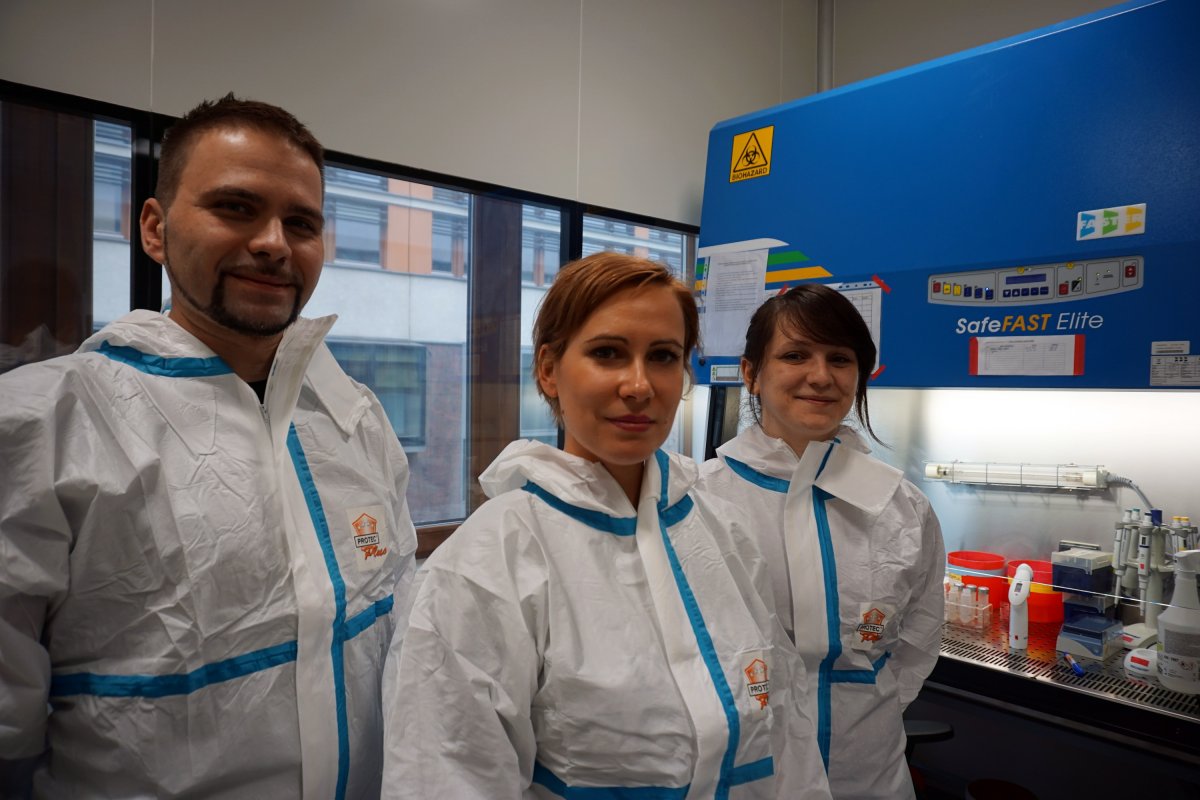 In responding to the emergence of a new threat from the Zika virus and other flaviviruses, we are trying to understand how the NS3 protein produced by Zika works and what it does in the human cell. All this information will be extremely interesting to us, and will also enable us to make an effort to combat the virus in the future.

The project is carried out in close collaboration with an excellent team headed by Piotr Suder at the AGH University of Science and Technology in Krakow. The AGH team is responsible for development of cutting edge analytical methods, allowing for the detection of subtle modifications to the cellular content, associated with the presence of the protease. While the Virogenetics team led by Krzysztof Pyrc tries to understand the biological consequences of these changes to the cell and to the organism. 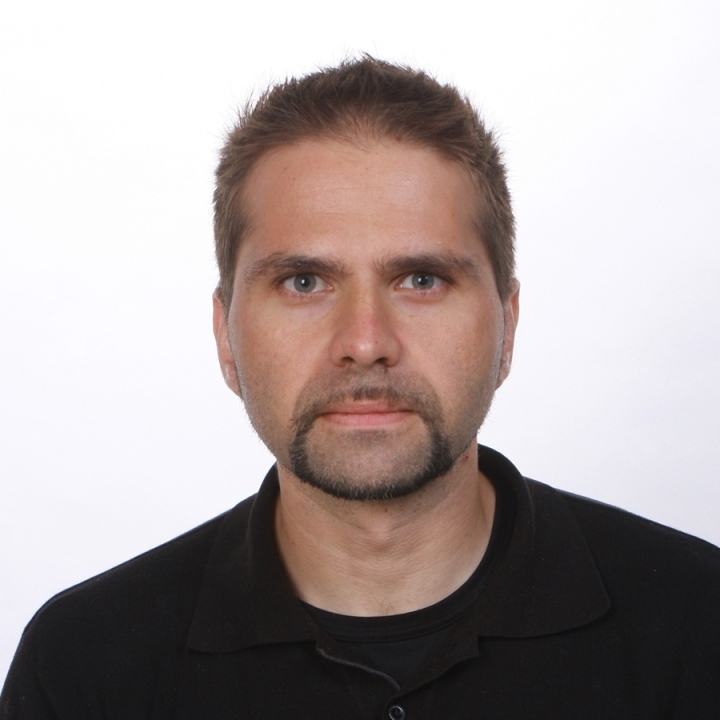 Studied at the Faculty of Biochemistry, Biophysics and Biotechnology at the Jagiellonian University in Krakow, where he obtained a master’s degree in 2003. Moved to Amsterdam to defend his doctoral thesis in 2007 at the Faculty of Medicine. Attained Doctor Scientiae degree (habilitation) from the University of Lodz (2013). Since his return to Poland in 2007, he has worked at the Faculty of Biochemistry, Biophysics and Biotechnology at the Jagiellonian University in Krakow. He has managed numerous research grants from the National Science Centre, National Centre of Research and Development, Foundation of Polish Science, Ministry of Science and Higher Education, and private companies. Actively collaborating with a number of scientists in Poland and abroad. Currently heading the Laboratory of Virology at the JU Malopolska Centre of Biotechnology and JU professor at the FBBB. Authored more than 60 scientific publications in journals such as Nature Medicine, Science Translational Medicine, PNAS, PloS Pathogens, Journal of Virology or Journal of Immunology, which have been cited almost 2000 times. Designed and organized class 2 and class 3 infectious laboratories. Reviewer and expert for funding entities in Poland and abroad. Winner of numerous awards, such as the Polityka award, the award for the best doctoral dissertation in the Netherlands in 2005-2007 from the Dutch Society for Infectious Diseases, and a scholarship for outstanding young scientists. Leader of the research group, supervisor and mentor for graduate and doctoral students.