Precise measurements of rotation and orbital angular momentum in the binary systems of stars, as a test of formation and evolution models

Precise measurements of rotation and orbital angular momentum in the binary systems of stars, as a test of formation and evolution models 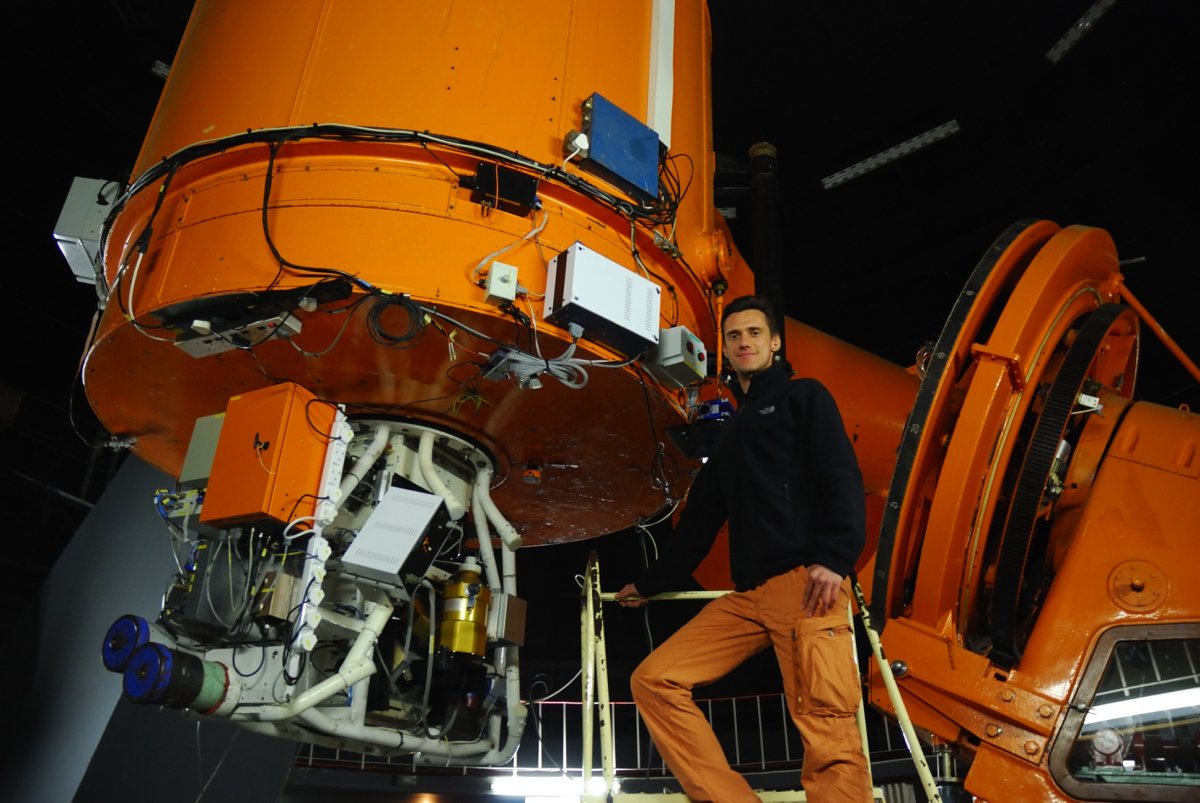 Figure 1: The author working with one of the instruments used to study binary systems. In the background the 1.9m telescope in the South African Astronomical Observatory (SAAO, South Africa).

We estimate that about half of the stars in our galaxy are double physical systems, i.e. systems of two stars orbiting around their common center of mass. They can be used as very precise astrophysical laboratories, so that we know not only their basic physical parameters, but we also can learn about their history, how they formed, and evolved, and what will be their probable end. To accurately examine a single star, it is necessary to look at its counterpart in complex systems. Data obtained in this way can be used not only to study the stars themselves, but also their more complex structures, such as star clusters, galaxies and clusters of galaxies. The determination of distance, the modeling of processes in the heart of stars, as well as on their surface are other example applications that will benefit from a better understanding of binary systems.

The main objective of my research project is to investigate the inclination of the axis of rotation of stars in a binary system, denoted in the figures with the symbol ω, to the orbital angular momentum, marked on the drawing with the symbol L. The angle between these vectors is called the spin-orbit inclination. Due to observational challenges this phenomenon is poorly studied and based only on a few examples. The spin-orbit inclination is in fact only determined for a number of systems, and even then not always for both components. Previous research lacks the statistical significance of a thorough review, the outcome of which would have a significant influence on the formation and evolution models of stars and planets. It will additionally allow us to verify several assumptions commonly used in the modeling of binary systems, like the alignment of the spin and orbital angular momentum.

The research quandary is measuring the alignment of the two vectors illustrated in the accompanying Figures 1 and 2. One vector is a vector associated with the rotation of a star and the second is a vector associated with the orbit of the binary system. Figure 1 shows a typical situation which is assumed in most publications and numerical models of binaries. The axes of rotation of stars and the orbital angular momentum are aligned. As it transpires, this is not the only possible configuration. Figure 2 illustrates one of the possible configurations we can encounter while researching binary systems.. This configuration opens up a new field in the study of the evolution and formation of stars. Therefore the unusual incidence of spin-orbit vectors will shine a new light on the used models.

Figure 2: A typical configuration of the spin and orbital angular momentum vectors in binary systems. Assumed in most publications and numerical models of the formation and evolution of binary stars. 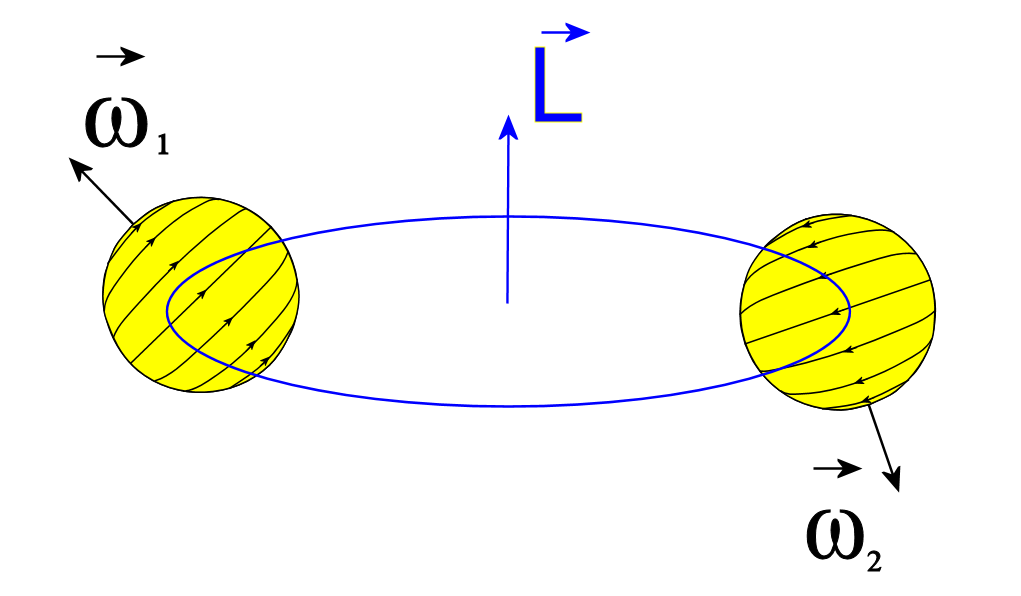 Figure 3: One of the possible systems with misaligned axes of rotation of stars and the orbital angular momentum. One of the questions that I will try to answer is the frequency and possibility of binary systems with significantly distorted alignment of these three vectors.

One of the questions to which this research is dedicated is the question whether  stars are formed with inclined axes of spin-orbit and what the scale of this phenomenon is. Due to the configuration of the eclipsing binary star systems, we plan to use the Rossiter-McLaughlin effect (astronomical phenomenon, involving obscuring the rotating star with another object, causing asymmetry in the amount of light reaching the observer from different parts of the star; the results of the rotation of the star are different speeds relative to the observer and, due to the Doppler effect, different spectral shifts which can be measured) to study velocity distribution on the star’s surface. Changes in the shape of the spectral lines due to eclipses can be modeled and used to determine the spin-orbit inclination. 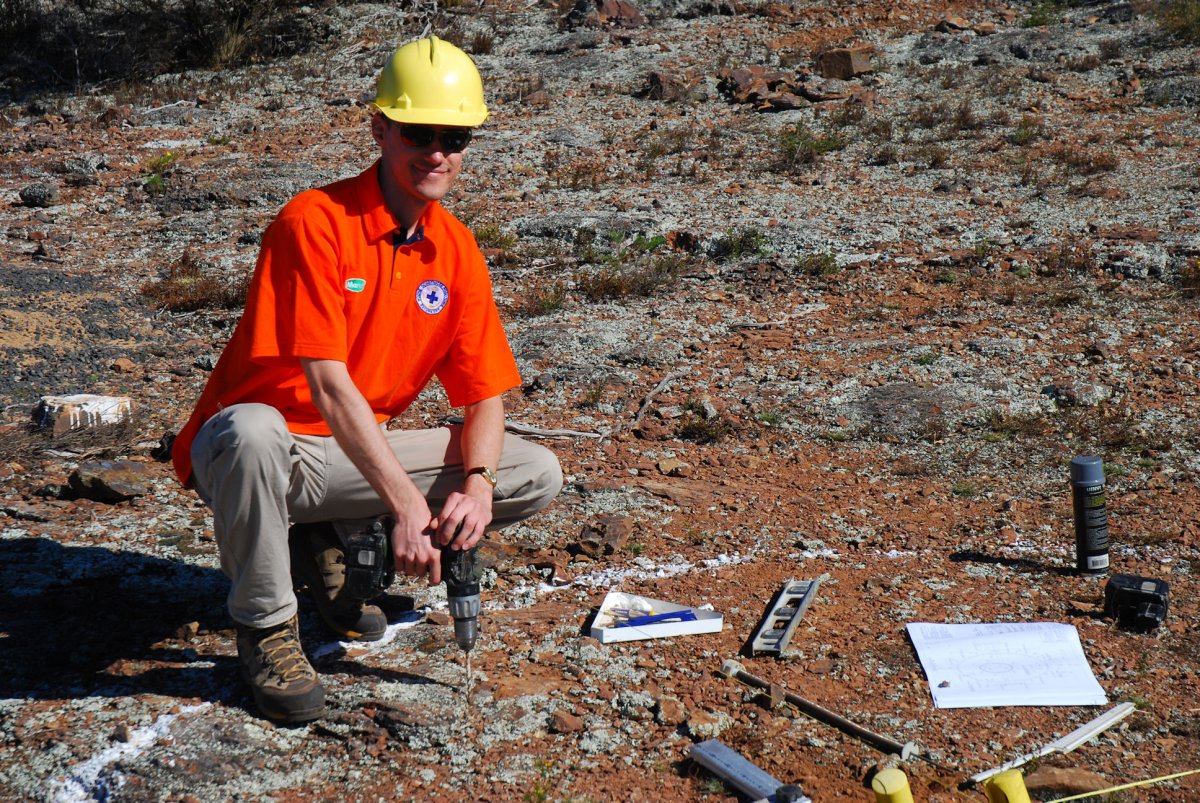 Figure 4: The author during the identification and marking of the site for the Solaris 0.5 m autonomous telescope (Siding Spring Observatory, Australia).

I am a Ph.D student at Nicolaus Copernicus Astronomical Center (NCAC) in Torun. The supervisor of my studies is prof. Maciej Konacki. NCAC Torun is a department of NCAC Warsaw which is a part of the Polish Academy of Sciences. My main fields of interest are eclipsing binaries and circumbinary exoplanets. I am a member of the Project Solaris team. The main subject of my current work is Non-Keplerian effects in binaries. Numerical simulations, analytical approximations and observational campaigns in the context of: eclipse timing, circumbinary planets, tidal effects, relativistic effects with high-precision radial velocity techniques and spin-orbit misalignment. I am also interested in advanced methods of data analysis, selection and modeling. Currently I am involved in a spectroscopic and photometric observational campaign, examining the properties of selected non-Keplerian effects. Additionally I am busy commissioning an autonomous network of 0.5 m telescope across the globe.