Searching for the Majorana neutrino

Why is there more matter than antimatter in the universe? The reason might be hidden in the neutrino nature: one of the preferred theoretical models assumes, that these elementary particles were identical with their own anti-particles. This in turn would lead to an extremely rare nuclear decay process, the neutrinoless double-beta decay. The experiment GERDA now has reached a most important improvement in the search for double-beta decay by reducing the disturbances (background) to an unprecedented low level making it the first “background-free” experiment in the field. This achievement is reported in the recent NATURE article appearing April 6th, 2017. 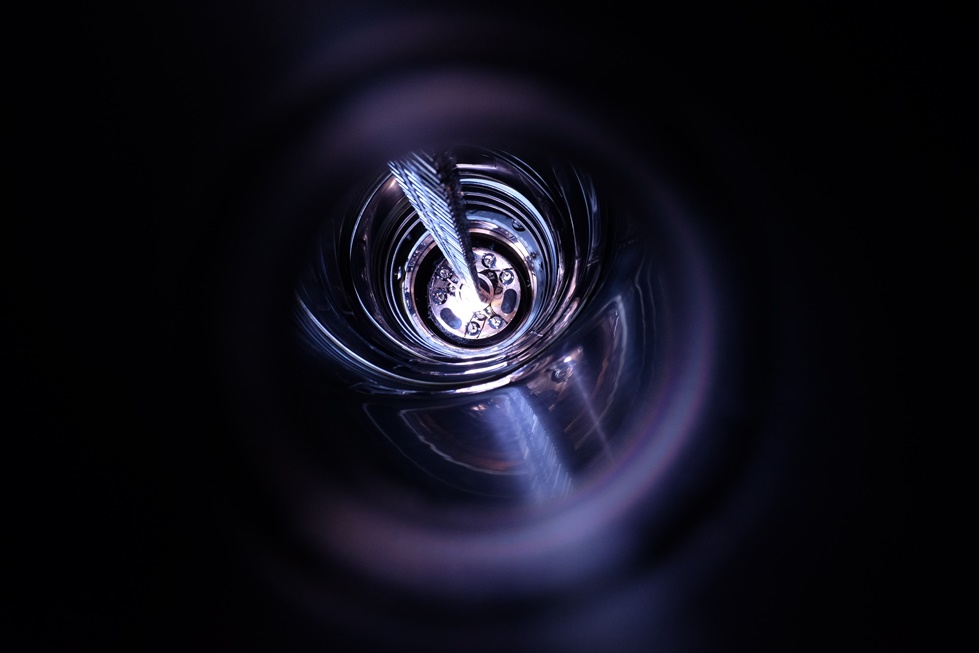 Neutrinos are ghostly particles which are extremely hard to detect. They play a central role in how the sun burns, how supernovae explode and how elements are formed during the big bang. Determining their properties has advanced our understanding of elementary particles considerably, best documented by the fact that so far four Nobel prizes have been awarded to neutrino related research. One fundamental property is still unknown: are neutrinos Majorana particles, i.e. identical to their own anti-particles? In that case double-beta decay will exist. Strong theoretical arguments favor this possibility and the above mentioned absence of anti-matter in our universe is likely connected to the Majorana character of neutrinos.

GERDA uses high-purity germanium detectors enriched in the isotope 76Ge.  Since the germanium is source and detector at the same time, a compact setup with minimum additional materials can be realized leading to low backgrounds and high detection efficiency. The excellent energy resolution of germanium detectors and the novel experimental techniques developed by the GERDA collaboration provide unprecedented suppression of disturbing events from other radioactive decays (background events). Since double-beta decay has a half-live many orders of magnitude longer than the age of the universe, the reduction of background events is most crucial for the sensitivity. 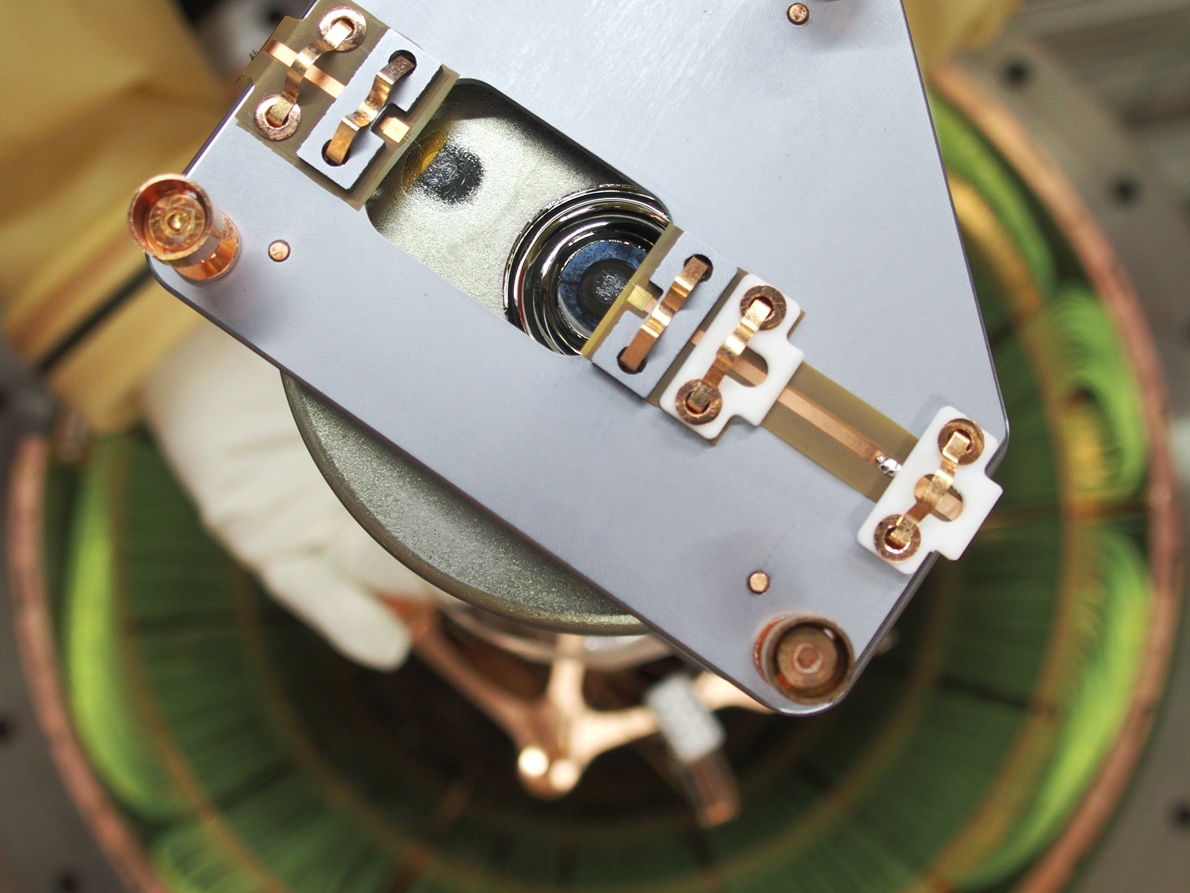 The novel techniques employed by GERDA reduced the number of background events in such a way, that now it is the first “background-free” experiment in the field. No double-beta decays have been observed during the first five months of data taking and a lower half-life limit of 5x1025 yr was derived. Until the end of data taking in 2019 no background event should be left in the energy region where the double-beta signal is expected and a sensitivity of 1026 yr will be reached. This makes GERDA best suited to discover a signal, which would manifest itself by a small number of events at the signal energy.

GERDA, one of the leading experiments in the field, is an international European collaboration of more than 100 physicists from Germany, Italy, Russia, Switzerland, Poland and Belgium (http://www.mpi-hd.mpg.de/gerda/). It is located in the underground Laboratori Nazionali del Gran Sasso of the Italian research organization INFN. From Poland, scientists from the Institute of Physics of the Jagiellonian University (IP UJ) in Krakow participate in the project since its beginning (2004). The present members of the group led by prof. Marcin Wojcik are mgr Nikodem Frodyma, dr Marcin Misiaszek, dr Krzysztof Panas, dr Krzysztof Pelczar and dr Grzegorz Zuzel. They are working on the most relevant background and data analysis problems. Development of several experimental techniques leading to background minimization (purification of gases, removal of radio-isotopes form active surfaces, development of LAr veto), development of original data analysis procedures (pulse shape discrimination) and construction of novel hardware (ultra-fast PMT scalers, patented resistor-less charge sensitive amplifier) are they main achievements.

Research carried out within GERDA by the group from the Jagiellonian University is financed by the National Science Centre in the frame of the HARMONIA, SONATA BIS and OPUS progremmes. More information (in Polish) about the project can be found under the following address: http://zdfk.if.uj.edu.pl/.