The Baltic Sea in the research of SONATINA 5 winners

SONATINA is a programme targeted at researchers who have just recently earned their PhD degree. In the last round, 52 young researchers won a total of nearly 34 million PLN in funding. Thanks to their grants, they will be able to look more closely into various subjects in many scientific disciplines. One such subject has to do with the area of the Baltic Sea and the processes that occur within it. 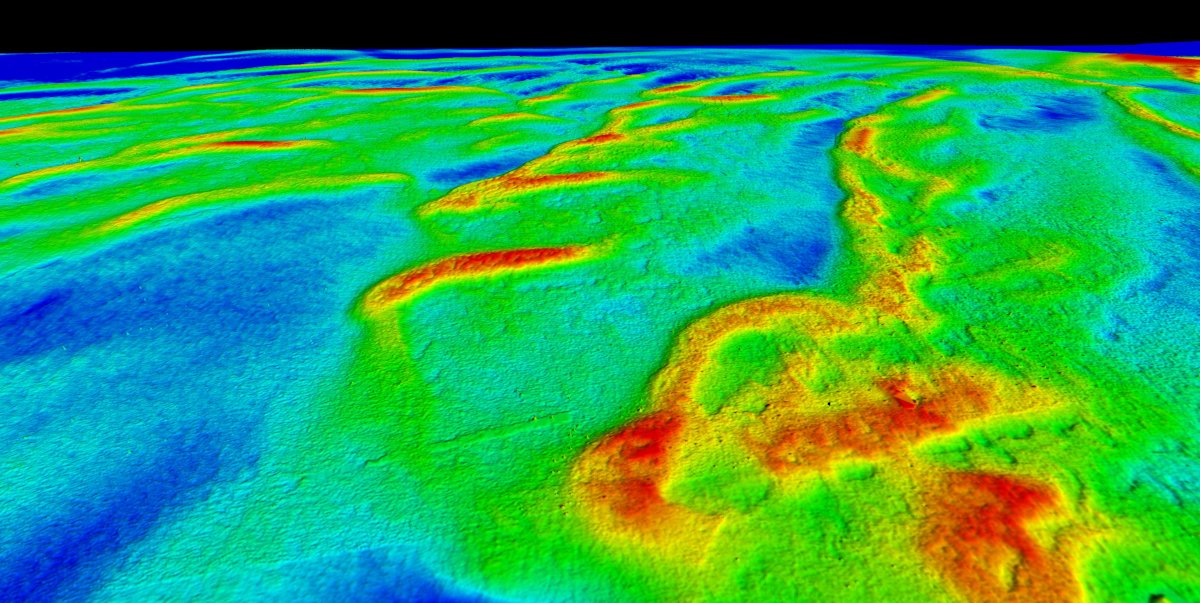 Dr Łukasz Janowski submitted a project entitled “Pioneering exploration of Puck Bay based on high-resolution aerial and acoustic remote sensing”, which was awarded more than 756,000 PLN in funding. The goal is to create the first high-resolution Numerical Terrain Model (NTM), i.e. a digital image of the land surface that allows the formation of a given terrain to be presented via 3D graphics. The marine equivalent of the NTM is known as bathymetry, a model focusing on the depth of a given body of water. The model will make it easier for us to determine the underwater formation of the sea floor, the area of benthic habitats, and the threats that may lurk on the bottom of the sea. A precise bathymetry is indispensable for the preliminary exploration of an unknown sea basin when we take decisions to protect and manage the coastal zone, explains Dr Janowski.

The purpose of the project is not only to develop a numerical representation of the sea floor in Puck Bay, but also to discover its underwater cultural heritage. Ancient settlements that go back as far as 7000 years are likely to be found in the area. The oldest traces of human activity in the region date back to the Mesolithic and the Neolithic periods; the latter is represented by two extensive settlements, Osłonino and Rzucewo. In the Middle Ages and later historical periods, the port and shipyard in the mouth of the Płutnica river experienced dynamic growth, explains Dr Janowski. What is more, four shipwrecks and an aeroplane were discovered in the Bay; an unidentified object uncovered near the village of Rewa and the Beka nature reserve could also be linked to human presence in the region. Its shape and nature suggest that it might have been the result of human economic activity. In sum, Puck Bay has great archaeological potential, which still needs to be studied, he adds.

Dr Jankowski will carry out his research using an aeroplane and a small boat. The former will be equipped with an air camera and a device (a bathymetric LiDAR device) that emits laser beams in two colours, green and red to probe the sea floor quickly and with precision. The boat will carry a multibeam echosounder, which works not unlike the LiDAR, but relies on acoustic signals instead of laser beams. The measurement results obtained with the three methods will be integrated to create the first exact bathymetric map of the Inner Puck Bay.

But there is more in the Baltic Sea to interest researchers than just the earliest traces of human presence. The history that unfolded in the previous century, for instance, can still have an important impact on us today. This aspect will be studied by Dr Michał Czub in a project entitled “Ecological consequences of the dumping of chemical weapons into the Baltic Sea”. The researcher will look into the current impact of the chemical warfare substances deposited on the seabed. As he points out, Chemical arsenals were already being dumped into seas and oceans after WWI and, because of its efficiency, the method was resumed after WWII. Today, there are an estimated 300 chemical weapon dumping sites around the world. It is estimated that as many as 50,000 tons of chemical weapons have been dropped into the Baltic Sea alone, including 15,000 tons of toxic chemical warfare agents. 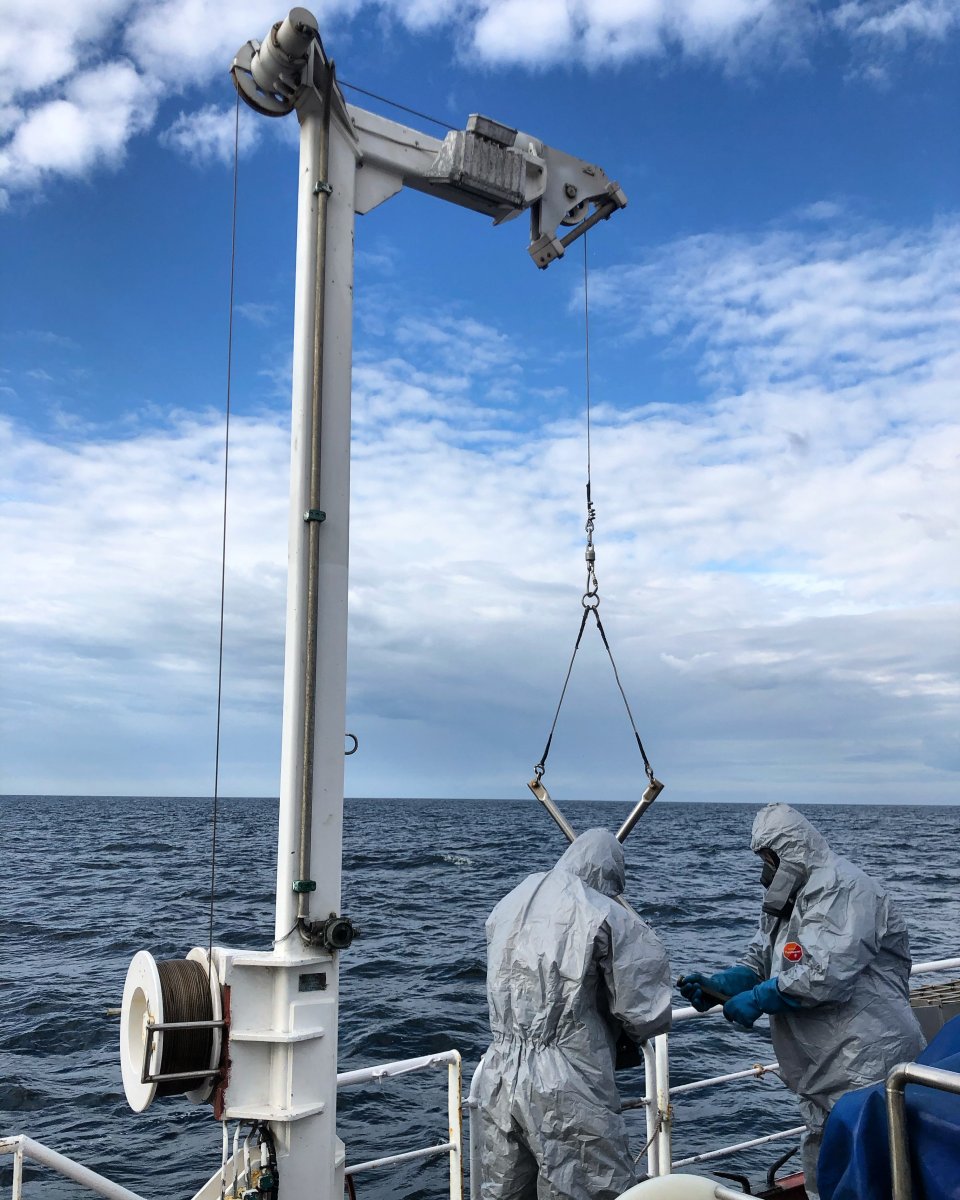 Research on the Baltic Sea, photo by M. Czub

Toxic chemical warfare agents are substances that have often been employed for military purposes on account of their frequently toxic properties. They are dangerous not only during manufacture or use, but also during neutralization. By their very definition, these substances are poisonous to people; they are also likely to harm the environment and other living organisms. In the 20th century, as they struggled to adhere to the fragile provisions of post-war peace treaties, many states decided to “destroy by sinking” not only their own arsenals but also the weapons they had captured during military action. The process was thought to neutralize their toxic properties. The latest research suggests that their dissolved fractions continue to pose real danger; in line with the commonly accepted classification standards, they are categorized as toxic or very toxic for a crustacean known as Daphnia magna. In addition, both the arsenic-based warfare agents and their degradation products are now being found in deposits sampled from many Baltic Sea sites. Worse yet, one of the most recent studies detected their presence in the muscles of Baltic fish, including the Atlantic cod, says Dr Czub.

The project, which was awarded a grant of more than 760,000 PLN, aims to describe the specific biomarkers and bioindicators of contamination, which will help describe the observable and measurable effects of exposure to these toxic warfare agents on the marine fauna and environment.

The SONATINA call is targeted at researchers who earned their PhD up to 3 years before submitting the proposal or were awarded the degree before 30 June 2021. The fifth edition attracted 160 proposals for a total amount of 100 million PLN, 52 of which (with a total budget of 34 million PLN) were recommended for funding by NCN experts, for a final success rate of 32.5%. The winner list can be found HERE.

The grants will go toward the costs of the winners’ full-time employment at Polish research centres, basic and applied research activities, as well as three- or six-month foreign fellowships. Upon the completion of the projects, the researchers will be able to apply for more funds under the SONATA call, designed for more experienced PhD holders, or SONATA BIS, which makes it possible to set up a new research team.