Social norms, tolerance and history in the research of BEETHOVEN CLASSIC 4 winners

Various norms define our social behaviour and determine the way in which we are expected to act in any given situation. The rules that govern the behaviour of men and women have differed widely since times immemorial, and even though nowadays such attitudes are changing, traditional (and often oppressive) divisions are still deeply entrenched, still going strong.

This issue has attracted the attention of Dr hab. Iga Magda. The scholar will analyse the relationship of said norms with decisions concerning the participation of men and women in childcare and the labour market. Together with her team, she will look at different households to see whose beliefs about male and female roles prevail in decisions concerning parental leave and women’s professional activities. She will also examine the situations in which men and women take actions consistent with the norms that they openly declare, and those in which their actions contradict them. Importantly, the project will be set in a comparative perspective, so as to test whether contradictions between declared beliefs and actions are greater in the countries of Central and Eastern Europe than in the Western part of the continent. Entitled Social norms and the situation of men and women in the labour market, the project was awarded more than 460,000 PLN in funding.

An important aspect of society has to do with the issues of tolerance. Dr Aleksandra Świderska will look into the basic characteristics of hate speech and its impact on listeners. Her team proposes to create an audio database of hate speech to study its acoustic, linguistic and paralinguistic properties. Dr Świderska expects that, when presented in the form of a recording, hate speech will elicit stronger emotional reactions; it will thus be more difficult to get used to than its textual equivalents. She plans to examine the psychophysiological and behavioural activity of research subjects (e.g. skin, heart and brain activity) in reaction to various modifications in content, presentation method and response options. Entitled Hate speech: from automatic classification to an understanding of the emotional dynamics, the project received a total grant of more than 437,000 PLN.

The subject of tolerance will also be addressed by Dr hab. Maciej Ptaszyński within the framework of a project entitled Explaining tolerance: conceptions, texts and intermediaries between Poland and Protestant Germany (1645-1795). The scholar will ponder the phenomenon of religious tolerance in a historical context. Tolerance is lauded today as one of the greatest achievements of the modern era. Research thus far has understood it either as an idea developed by intellectual elites or as a practice of co-existence followed by the acolytes of various religions and denominations living in a single territory. The project aims to propose a new understanding of the phenomenon; it will look at tolerance as an outcome of the politics and broadly conceived diplomatic relations between the Polish-Lithuanian Commonwealth and Brandenburg-Prussia in the 17th and 18th centuries. Prof. Ptaszyński’s team proposes to study the evolution of the concept and the features of a “tolerant state”, the ways in which a state projects an image of tolerance and promotes it in the public sphere, as well as the social and political consequences of being known as a tolerant state. The project was awarded a budget of nearly 489,000 PLN.

The fourth edition of BEETHOVEN CLASSIC qualified 15 researchers to receive funding for projects in the field of the arts, humanities and social sciences. 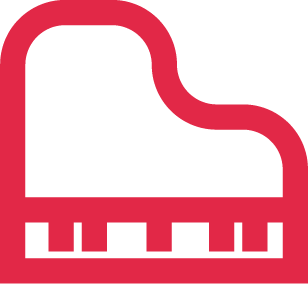 BEETHOVEN CLASSIC 4 is a scheme open to projects in arts, humanities and social sciences carried out by Polish-German research teams. It continues the BEETHOVEN CLASSIC 3 call, relying on cooperation with the German agency Deutsche Forschungsgemeinschaft (DFG). It is based on a joint procedure, whereby the two partner agencies have performed a joint merit-based review of research proposals to select the successful projects together.

The grant can go towards funding research team salaries and scholarships for students and PhD candidates, purchasing or generating research equipment, as well as other costs related to the Polish part of the project.

This was the last edition of the BEETHOVEN call. Starting in 2021, BEETHOVEN will be replaced with Weave, a scheme targeted at Polish-German research projects in all disciplines of science.

Today, we will dispatch all positive and negative decisions for calls submitted under BEETHOVEN CLASSIC 4. Please remember that the decisions of the NCN Director are sent electronically to the address indicated in the proposal.

If the applicant is an entity mentioned in art. 27 (1)-(7) and (9) of the Act on the NCN, the decision will only be delivered to the Electronic Inbox (ESP ePUAP) provided in the proposal.

The funding decisions of the Director of the National Science Centre are also communicated to the principal investigator.

If you do not receive a decision, please make sure that the address (ESP, ePUAP, e-mail) listed in your proposal is correct. If not, contact the person in charge of the proposal, as indicated in the ZSUN/OSF system.