The NCN Award was founded as a form of special acknowledgement of scientific research by Polish researchers under 40. It is awarded to those who carry out basic research in Polish research centres which have resulted in publications. The Award is conferred by a jury that includes representatives of the National Science Centre and the sponsors’ representatives.

In the area of Arts, Humanities and Social Sciences, the Award was given to professor Marcin Miłkowski from the Institute of Philosophy and Sociology, Polish Academy of Sciences, for his original version of the computational theory of the mind, which he discusses in Explaining the computational mind, a book published by MIT Press.

For 14 years now, I have been compelled by science’s attempts to explain the operations of the human mind. In my book I seek to understand how  scientists who pursue the computational theory of the mind actually work. My point of departure was to describe the practice, said professor Miłkowski.

The Award in the Arts, Humanities and Social Sciences was sponsored by Meble Vox Sp. z o.o.

In the area of Life Sciences, the Award was conferred on professor Janusz Bujnicki from the International Institute of Molecular and Cell Biology in Warsaw. He was awarded for designing innovative bioinformatic methods for the research of RNA-protein complexes, and for determining the structure and mechanics of the human enzymes responsible for synthesis of RNA.

RNA molecules are extremely important both for medicine and biotechnology. Understanding their structure may contribute to the development of new drugs and new biotechnological tools. It is my dream as a scientist to make a major discovery or invent something that will benefit all humans, said professor Bujnicki.

The Award in Life Sciences was sponsored by Adamed Sp. z o.o.

In Physical Sciences and Engineering, the Award was given to professor Michał Horodecki from the Faculty of Mathematics, Physics and Informatics, University of Gdańsk, for his discovery of the quantum state of bound entanglement and for his investigations into the non-additiveness of quantum channels’ capacity.

What gives me most joy in my job is that it is about the basics of quantum mechanics, in fact the very basics of physics. Thanks to quantum cryptography, we can go about what scientists like best: trying to understand nature, said professor Horodecki.

The Award in Physical Sciences and Engineering was sponsored by EDF Polska S.A.

Present at the NCN Award gala in Kraków's Cloth Hall was Director of the NCN professor Andrzej Jajszczyk, Chair of the NCN Council professor Michał Karoński, and Mr Jacek Guliński, Under-secretary of State in the Ministry of Science and Higher Education. 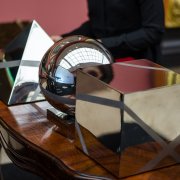 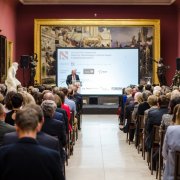 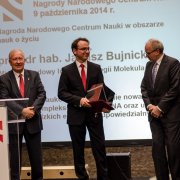 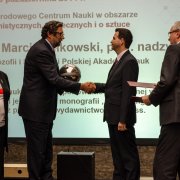 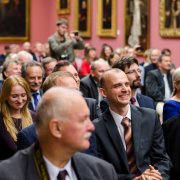 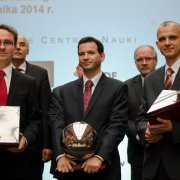 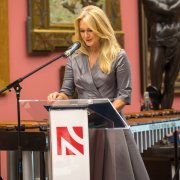 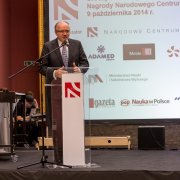 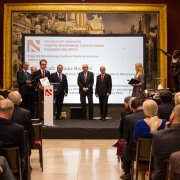 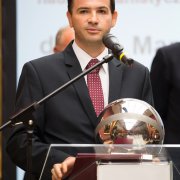 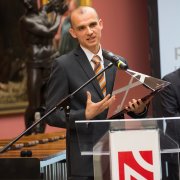 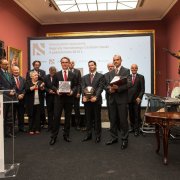 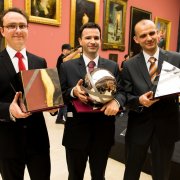