Star Caught Exploding out of Hibernation

Astronomers from the Warsaw University Astronomical Observatory based long-term large-scale sky survey OGLE (Optical Gravitational Lensing Experiment) announced the discovery of an extraordinary exploding star. Long-term observations of the classical nova V1213 Centauri from the years 2003–2016 provide a new insight into the evolution and mechanisms of these spectacular cosmic explosions. The paper that describes the discovery has been published in the prestigious science journal Nature.

– Classical nova eruptions are among the largest star explosions observed in the Universe. Within hours novae brighten by a factor of several thousand, becoming the brightest objects in the Milky Way – explains Przemek Mróz, the first author and a PhD student at the Warsaw University Astronomical Observatory. 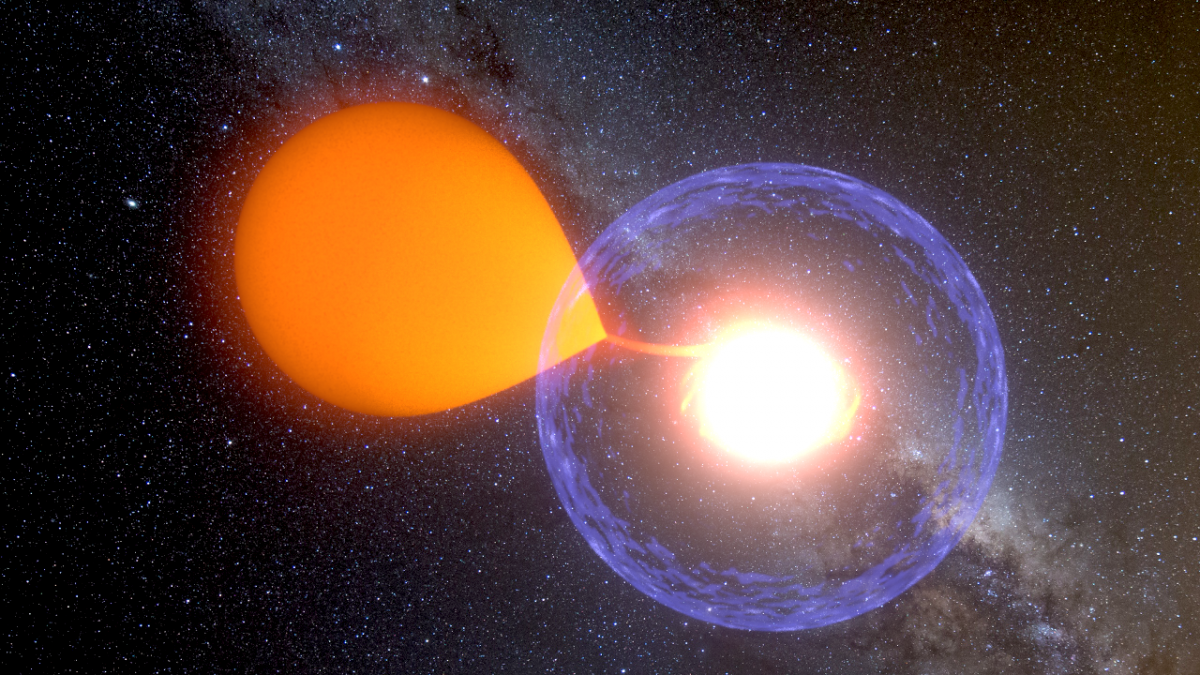 Classical novae are close binary systems consisting of a white dwarf star that is accreating matter from a low-mass companion star. The hydrogen-rich matter accumulates on the white dwarf surface and once its mass reaches a critical value, a thermonuclear runway is triggered, causing a large explosion – classical nova eruption. Astronomers believe that in each nova system, nova eruptions recur on timescales of thousands through millions of years, which makes it impossible to trace the system's behavior during that time.

One of the hypotheses, known as a hibernation scenario, predicts that several decades after the nova eruption the system should fall into state of low activity (known as a „hibernation”), when the mass transfer virtually stops. The hibernation hypothesis gained some support from the discovery of ancient nova shells around two systems with a low-mass transfer rate. However, direct evidence for considerable mass-transfer changes prior, during and after nova eruptions has not hitherto been found.

The authors of the Nature paper present long-term observations of a classical nova V1213 Centauri (Nova Centauri 2009), which exploded on 8th May 2009. The star is located in the Centaurus constellation at a distance of 23 thousand light years from the Earth. Astronomers analyzed the observations collected with a 1.3-m Warsaw Telescope located at Las Campanas Observatory, Chile. 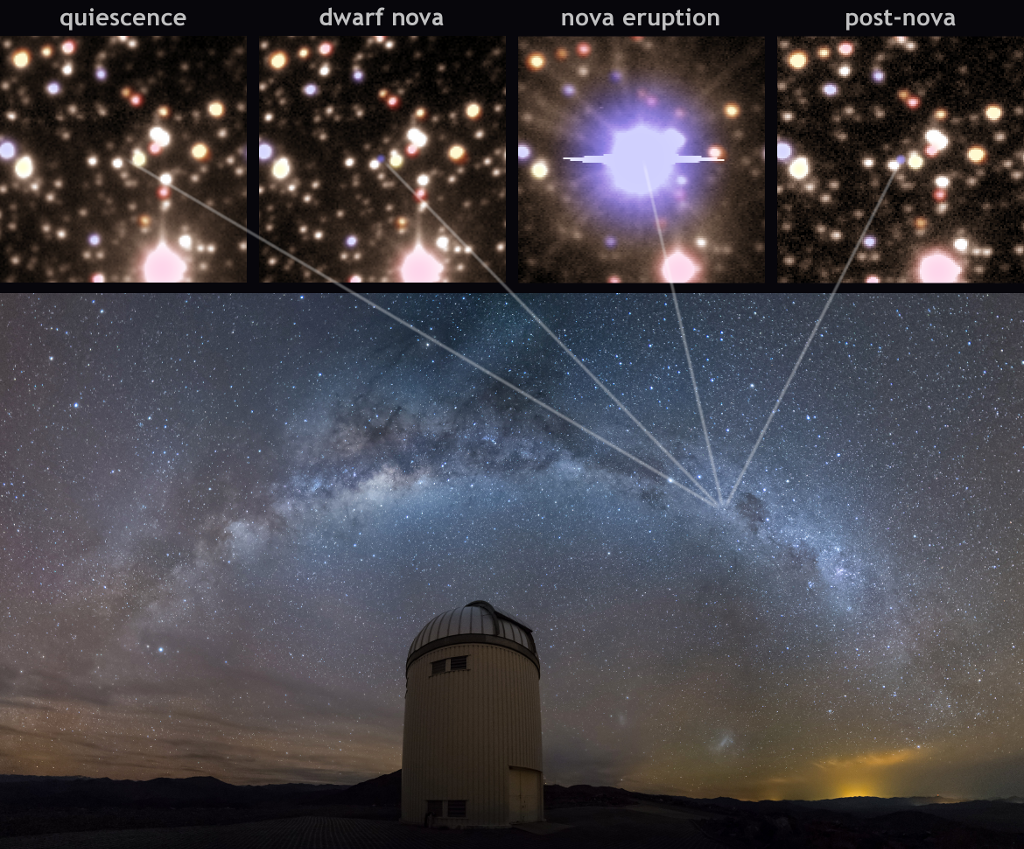 – Our observations are in accord with predictions of the hibernation scenario. This is the first case that the evolution of a classical nova can be investigated so precisely – says Przemek Mróz.

Prior to the 2009 eruption, the system showed dwarf nova outbursts (small, periodic brightenings), implying a low and unstable mass-transfer between the two stars. Currently, the system is significantly brighter than before the explosion, suggesting that the mass-transfer rate increased as result of the nova explosion. This is in accord with key predictions of the hibernation hypothesis.

What will be the fate of V1213 Centauri? During the next decades the mass-transfer rate should gradually decrease and the star will be gradually fading. The star will again transform into a dwarf nova and possibly fall into hibernation for thousands of years, until it will awake again and explode as a classical nova. V1213 Centauri with its well known pre- and post-eruption behavior can become a Rosetta stone for nova evolution studies. Its extensive follow-up observations in the next decades will enable further tests of the long-term nova evolution.

– Our discovery is another case, when long-term OGLE observations are crucial for studies of unique, extremely rare phenomena – says Professor Andrzej Udalski, the Warsaw University Observatory Director and a PI of the OGLE team. – A few years ago we observed a process of merging of two stars, which led to another stellar explosion, known as a red nova – adds Udalski.

One of the first goals of the OGLE survey was discovering dark matter using the gravitational microlensing technique. Currently, their studies cover a large range of topics – searches for extrasolar planets, studies of the structure and evolution of the Milky Way and neighboring galaxies, variable stars, quasars, transients.

The lead author is supported by the „Diamond Grant” funded by the Polish Ministry of Science and Higher Education.