Winners of the NCN program for Ukraine

They come from Kyiv, Kharkiv, Lviv, and other Ukrainian cities. They will be working at Polish research centres. The NCN has just announced the results of a special program targeted at scientists who flee the war in Ukraine. Grants will go to more than 50 researchers.

The special program of the National Science Centre is targeted at Ukrainian scientists, as well as any other researchers, regardless of citizenship, who have sought or will seek refuge in Poland in the wake of the Russian aggression. The National Science Centre will finance their year-long stay at Polish academic and research institutions, providing funding for salaries and research costs. The program covers both basic and applied research. In this round, Poland will soon welcome 38 female and 13 male researchers. 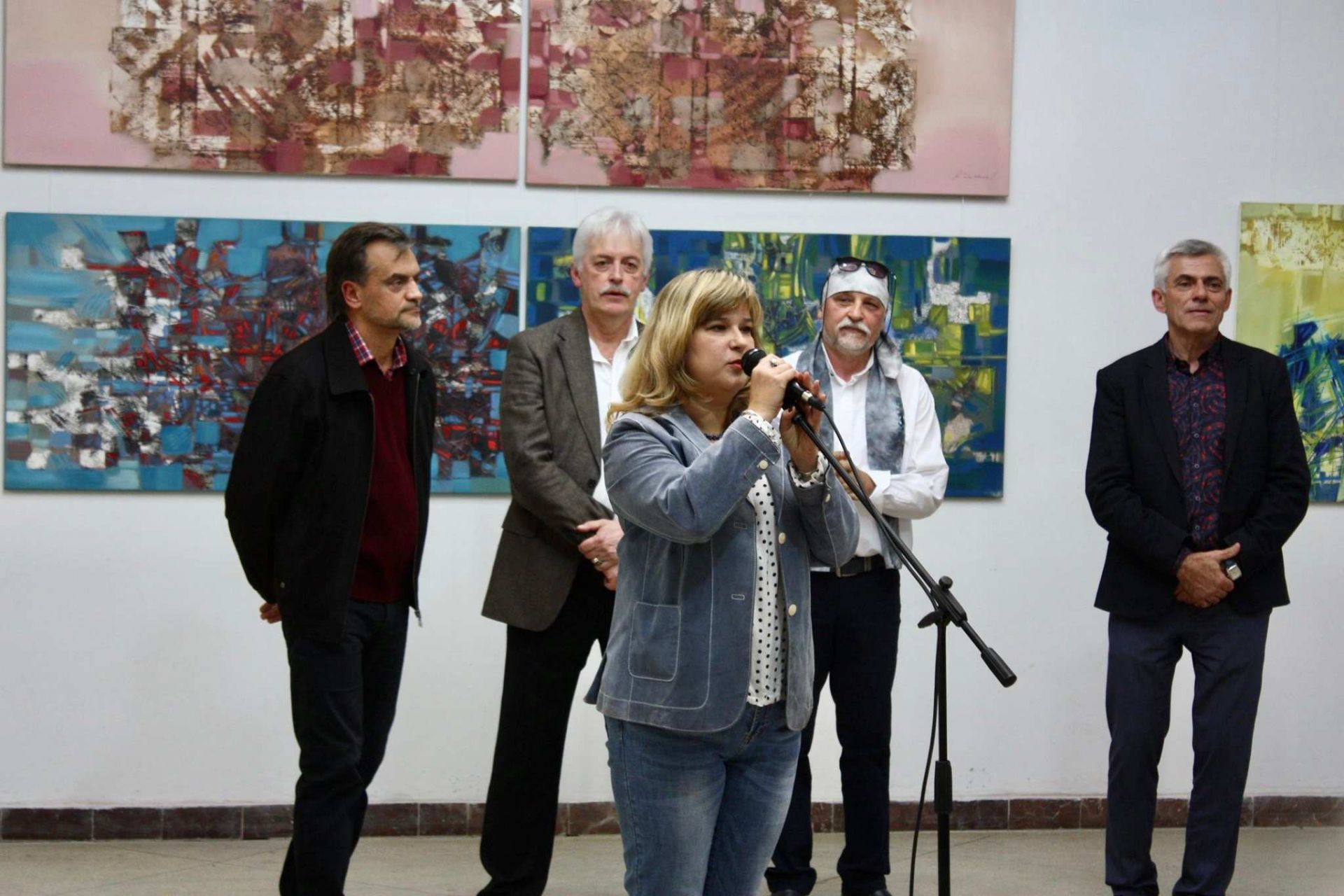 Olha Lukovska w Lwowskim Pałacu Sztuki “The NCN program does not stop at providing financial support; it also creates an excellent opportunity for researchers to cooperate and work together within academic and creative communities. This is incredibly important for all researchers, especially for artists”, says dr hab. Olha Lukovska, professor at the Ukrainian Academy of Printing in Lviv and the deputy director of the Lviv Art Palace, who is set to arrive at the Eugeniusz Geppert Academy of Fine Arts in Wrocław in May. As an artist, she specializes in art textiles. She has had individual exhibitions in several countries across Europe and Japan, worked as a curator, and sat on the jury in various competitions. Her research interests centre on trends in contemporary culture and the arts.

In the past, the Academy of Fine Arts in Wrocław and the Ukrainian Academy of Printing have jointly organised open-air workshops and exhibitions of works by their students and professors, researchers from both centres regularly take part in conferences and seminars devoted to the development of contemporary art, and the two schools are partners under Erasmus+. “From the very first days of the war, I was receiving calls and messages from friends at the Academy and all over Poland, offering to help me and my family. In these special conditions, I met many new people”, says the artist. Together with the Wrocław-based team, professor Lukovska hopes to put her stay at the Academy to good use, cementing Polish-Ukrainian cooperation in he field of art education and promoting the integration of the creative communities of the two countries. “I want to build up my experience in organising international partnerships in the area of higher education. I hope that Ukraine will join the European Union, and our students, researchers, and artists will soon be able to grow and exchange their experiences”, she explains.

After the war broke out, students and professors at art schools throughout Poland, including the Academies of Fine Art in Wrocław and Łódź, joined hands in an effort to deliver assistance to those fighting on the front lines and began to weave camouflage nets. Asked about the situation in Lviv, professor Lukovska replies that she hardly knows “a single person or institution in town that would not be involved in helping the army, the territorial defense troops, or the refugees”. “In wartime, everyone needs to learn a new trade. We produce so-called kikimoras, nets that are very woolly and popular on the front lines”, she says. Classes at the Ukrainian Academy of Printing are currently held online, as many of its students and researchers have left the country. No research can be done. The artist adds that the weaving of nets is often interrupted by air raids. “But we continue making them anyway, because we know that activities of this kind bring our country closer to victory.” 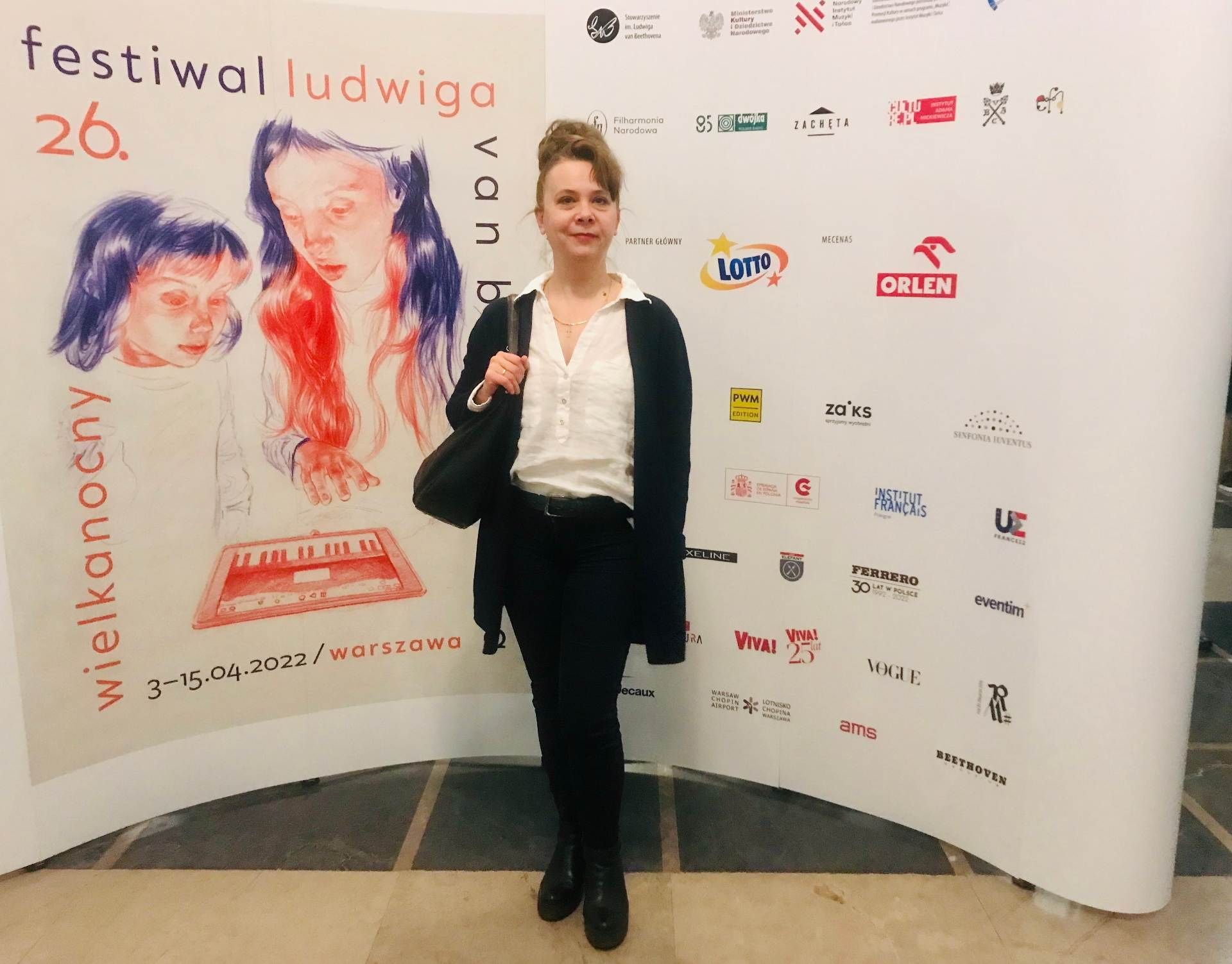 Olena Berehova w Filharmonii Narodowej w Warszawie “The aim of my research project is to expand the dialogue of cultures between Ukraine and Poland in the field of musicology and, more broadly, the humanities, and to further integrate Ukraine into the European scientific community”, says prof. Olena Berehova from the Institute of Cultural Research of the National Academy of Arts of Ukraine. The researcher is a musicologist, journalist, and teacher; she is also a member of the National Union of Composers of Ukraine. She has published several monographs and more than seventy articles in peer-reviewed journals on e.g. late 20th- and early 21st-century Ukrainian and European music and culture. Her interests centre on Polish-Ukrainian relations in the field of music and musicology. She has frequently taken part in conferences organised by musicology researchers from various regions of Poland and organised a seminar on Polish-Ukrainian cultural dialogue, which took place four years ago in Kyiv. She will spend the coming months at the Institute of Art of the Polish Academy of Sciences. “I plan to take part in several international musicological conferences and seminars and prepare for publication several articles in leading musicological journals in Poland. The second component of my project is to study the experience of organising scientific work and research and publishing activities at the Institute of Arts of the Polish Academy of Sciences in order to further implement this experience in Ukraine”, she adds.

Asked if she applied for a grant to any other institution or foundation in Poland or beyond, she answers in the negative. “In my opinion, the grant program of the National Science Centre provides real opportunities for scientists from Ukraine to continue their research until the end of martial law in Ukraine”, she says.

Some of the staff of her institute in Kyiv stayed in town, some relocated to other regions or moved abroad. The authorities of the institute are doing their best to enable it to soon operate online. Not all employees, however, have access to the internet.

Professor Berehova reports that she has felt warmly welcome in Poland “from the first moment”. The authorities and the staff of the Institute of Art at PAS introduced her to the team and provided support to her family. “I feel the incredible uplift, unity and solidarity of Poles with Ukrainians, who courageously fight not only for the territorial integrity and independence of their state, but also for European and universal civilizational values, which are the nation's right to self-determination, freedom, democracy and human rights”, she adds.

Research in a safe environment 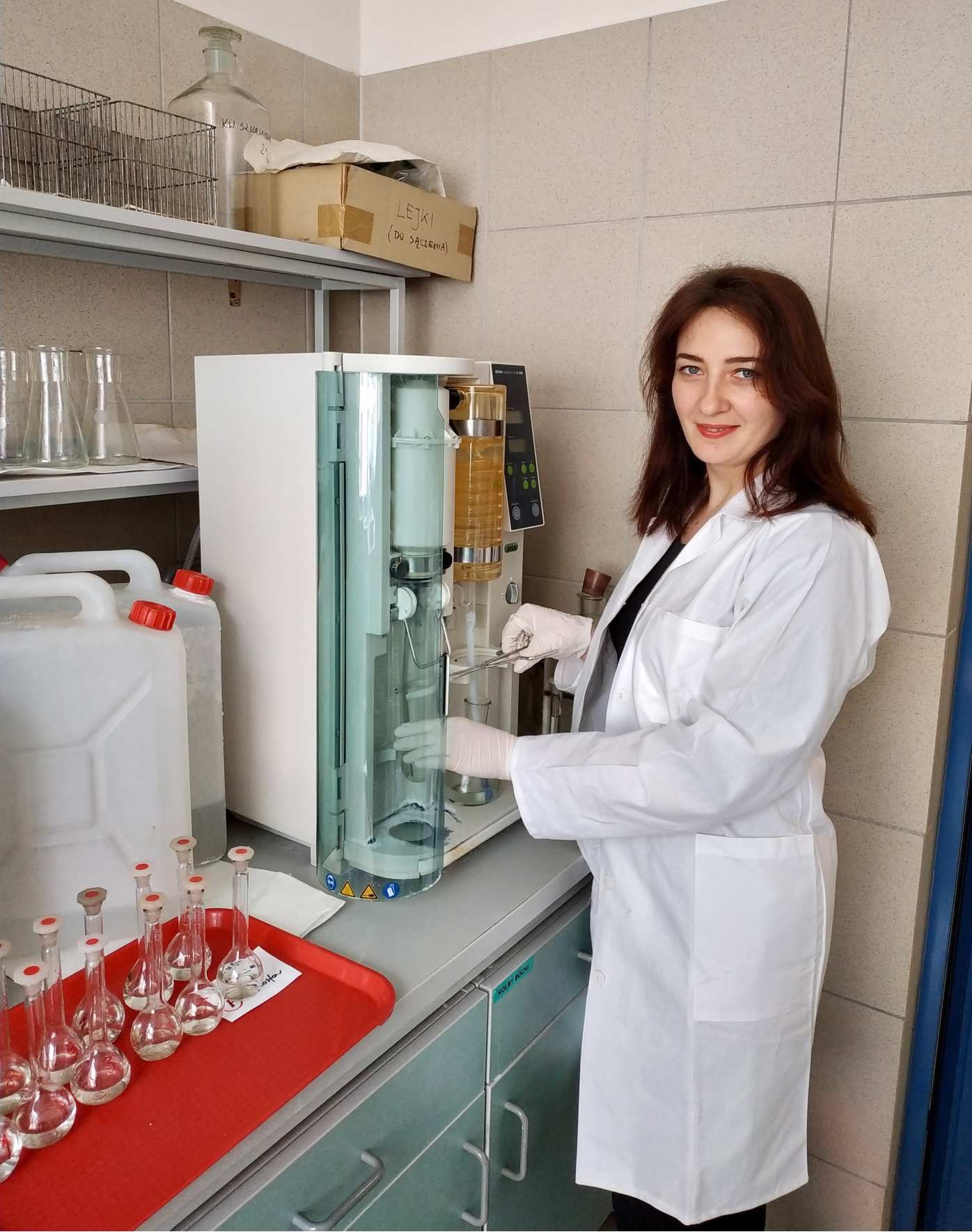 Tetiana Sladkovska Dr Tetiana Sladkovska is an Assistant Professor at the Zhytomyr National Agroecological University. In her work, she analyses the factors that affect the crops of perennial grasses and their possible uses in phytoremediation (removal of environmental pollutants). In the nearest future, she will be conducting her research at the Wrocław University of Environmental and Life Sciences. “The choice of location was rather obvious, considering my previous experience. I knew that the University would provide excellent conditions for me to pursue my research projects”, she says. Since the fall of 2020, as a holder of scholarships from the Wrocław University of Environmental and Life Sciences and the National Agency for Academic Exchange, she has already visited the University four times. She has taken part in research in post-mining areas with high water salinity to develop innovative methods of crop fertilization and investigated sports turfs. She returned to Poland after the outbreak of the war. “Luckily, my university in Zhytomyr has not been destroyed during the bombardment of he city”, she says. Classes were initially suspended and preparations are underway to restart them online, but it is still unclear what the prospects for research might be. “Thanks to the NCN program, I can continue my work in a safe environment”, she adds. She also emphasizes that everyone in Wrocław “tries to help as much as they possibly can”. Dr Sladkovska will participate in international projects and carry out independent field experiments to investigate the use of leguminous and fodder grasses in the interventional forage production on permanent pastures. “Permanent pastures perform not only fodder function, they also play the role in a climate regulation, allow to save biodiversity and serve as cornerstone for nature. Modern meadow production has to be considered in economical, ecological and social measurements”, she says.

The program in figures

Applications to the program could be submitted by universities and other research centres. The evaluation process was simplified and fast. The proposals were assessed in weekly rounds by NCN coordinators.

The majority of winners hail from Kyiv (more than 30 people have or will come from the capital), Kharkiv and Lviv. Others have previously worked at institutions in Odesa, Lugansk, and Suma.

Most will work in Warsaw, Kraków, Wrocław, and Lublin. The list of centres that will receive funding for Ukrainian researchers also includes smaller research centres, such as Opole, Olsztyn and Zabrze.