We have just published the results of the 6th edition of the SONATINA call for proposals. 32 recent PhD holders from all over Poland will receive a total of over 22 million PLN for their research and fellowships in prestigious foreign research institutions.

SONATINA is targeted at researchers who earned their PhD within 3 years prior to the proposal submission year or by 30 June 2022. This edition attracted 157 proposals and NCN experts recommended 32 of them for funding, totalling over 22 million PLN. The success rate was 20.4%. The grants will go toward the costs of the winners’ full-time employment at the Polish research institutions, basic and applied research as well as foreign fellowships of 3 to 6 months.

The winners of the 6th edition of the SONATINA call for proposals address research problems that are crucial for modern science, e.g. in agriculture or ecology.

Dr Katarzyna Tyśkiewicz from the New Chemical Syntheses Institute incorporated in the Łukasiewicz Research Network searches for the sources of natural substances with antifungal activity and develops methods for their separation and purification. She claims that the annual level of food production worldwide is reduced even by 50% due to severe atmospheric and environmental conditions but also the negative influence of pests and microorganisms. She believes that supercritical brown macroalgae extracts can be used to produce new plant protection products.

Another grant winner, Dr Katarzyna Tołkacz from the Institute of Biochemistry and Biophysics of the Polish Academy of Sciences, analyses an influence of climate change on the distribution of external parasites (e.g. ticks and fleas) and blood parasites they carry, using three species of penguins: Adelie penguins, gentoo penguins, and chinstrap penguins – all of which inhabit the South Shetland Islands. Parasite expansion in West Antarctica may impact the health and population of the unique Antarctic fauna.

In Arts, Humanities and Social Sciences, grants went to projects addressing modern challenges as well as socio-economic and religious context of the past. Funding awarded under SONATINA 6 will allow Dr Karolina Frank from the University of Warsaw to examine the roles and status of women living in Epirus, Greek Illyrian colonies, and Thessaly between the fourth and first century BC. Her research may verify our previous theories of the life of women in Greek society during the Late Classical and Hellenistic periods and prove that they enjoyed a more remarkable position in their communities.

Decisions of the NCN Director are also communicated to the principal investigator and, if the applicant is a natural person, also to the participating entity named in the proposal.

If the applicant has not received the decision, it is recommended to check whether the electronic address provided in the proposal (ESP, ePUAP, e-mail) is correct or to contact the Programme Officer named in the OSF submission system. 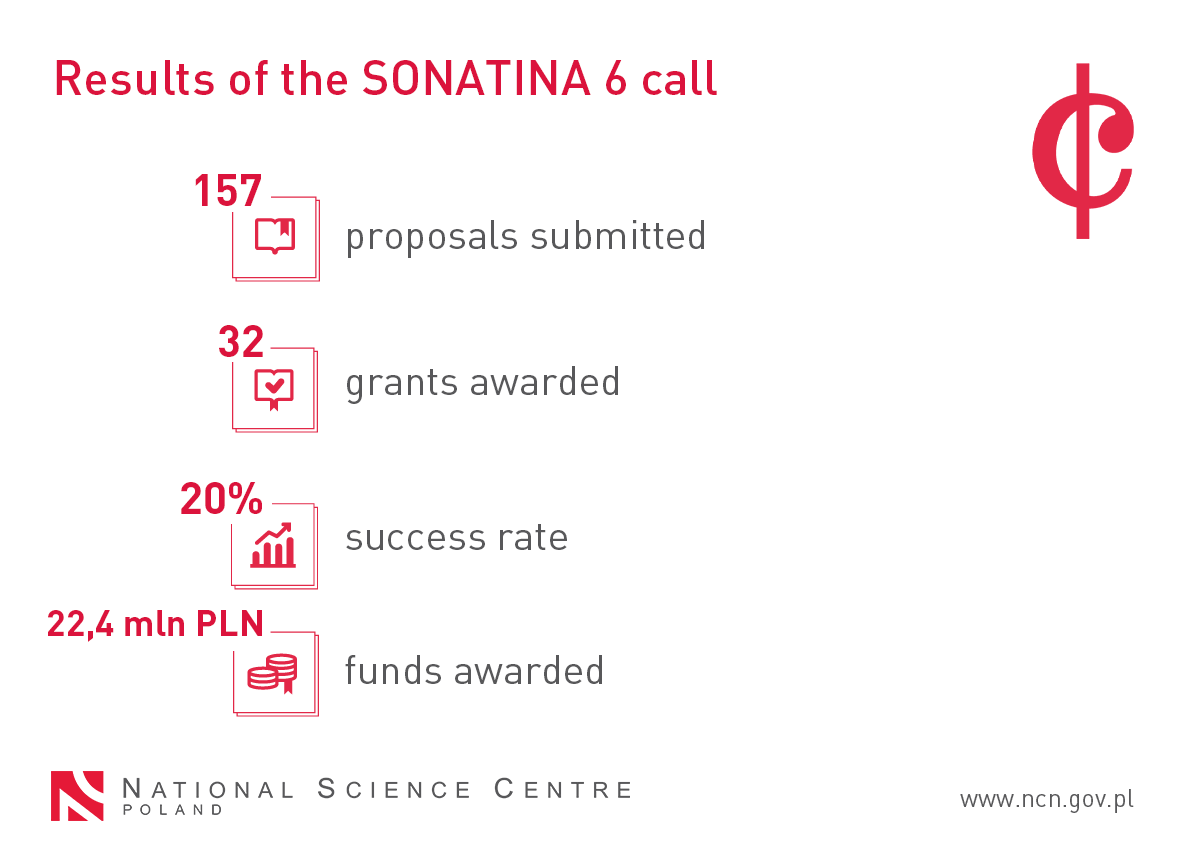