MINIATURA 6 results are in

As many as 194 research tasks were selected for funding in the last round of the MINIATURA 6 call. Successful researchers will carry out preliminary and pilot research projects, complete internships and go on research trips worth a total of more than 7.7 million zlotys.

Problems addressed by the new batch of successful proposals include climate mitigation and environmental protection strategies, a subject that has galvanised recent public debate. In the field of physical sciences and engineering, the issue will be tacked by two out of the 67 selected researchers. In her pilot study, Dr Emilia Baszanowska from the Gdynia Maritime University will test the quantum efficiency of fluorescence as a tool for distinguishing between sea pollution with oil-derivative emulsions and natural fish oils. Dr inż. Karolina Migdał from the University of Agriculture in Kraków will work on a model to study the phytoremediation properties of selected plant species and their possible application in hydrophytic waste treatment facilities.

78 proposals were also selected in the life sciences panel. Within this field, environmental protection will be addressed by a pilot study conducted by Dr Ewelina Olba-Zięty from the University of Warmia and Mazury in Olsztyn, which will perform an economic analysis of the environmental externalities of growing giant miscanthus as a raw material for energy production, while Dr inż. Waldemar Studziński from the Bydgoszcz University of Technology will assess the ecotoxicology of selected emerging micropollutants in the presence of various oxidizing and chlorinating factors in the water environment.

In art, humanities and social sciences, NCN experts selected a further 49  applicants, some of whom will also tackle environmental issues. One such researcher is Dr inż. Marta Szejnfeld from the Adam Mickiewicz University in Poznań, who will assess the adaptive potential of spatial and functional urban structure to climate change.

To find out about all the research proposals selected for funding and their subjects, consult the ranking list.

The total budget of proposals selected in the MINIATURA 6 call exceeds 7.7 million zlotys.

The main objective of the MINIATURA call is to fund research activities conducted in preparation for a future research project, which will then be submitted to an NCN call or another domestic or international call for proposals. The sixth edition offered grants ranging from 5,000 PLN to 50,000 PLN, which can be used to fund preliminary or pilot studies, library and archive research, fellowships, research visits or consultations over a period of up to 12 months. The total budget of the call was close to 20 million PLN and the call was open to researchers who earned their PhD no earlier than on 1 January 2010, have never conducted an NCN-funded research project, and met all the requirements of the call.

MINIATURA was first announced in 2016. The original idea was to increase the numbers of NCN programme winners, encourage applicants from smaller academic centres and reduce interregional inequalities.

Applications in the 6th call were accepted from 1 February until 31 July 2022. Nearly half of the 1815 proposals were submitted in the last month before the deadline.

Funding was awarded to 502 proposals: 198 in the life sciences, 173 in physical sciences and engineering, and 131 in humanities and social sciences.

The success rate was 35.7% for physical sciences and engineering, 32% for the life sciences, and 19.3% for humanities and social sciences.

The majority of applicants are just starting out on their research career (1700 applicants have a PhD; out of these, more than 800 earned their degree in 2016 or later).

More proposals were submitted by women than men, and the majority of winners are female. Funding was awarded to 290 female and 212 male researchers.

Nearly 90% of all proposals were submitted by universities, with the Adam Mickiewicz University in Poznań, the University of Łódź and the Warsaw University of Life Sciences leading the fray.

Nearly 20 million zlotys in total were handed out within the framework of MINIATURA 6.

The positive and negative decisions for calls submitted under MINIATURA 6 in July 2022 were dispatched on 8 November 2022. 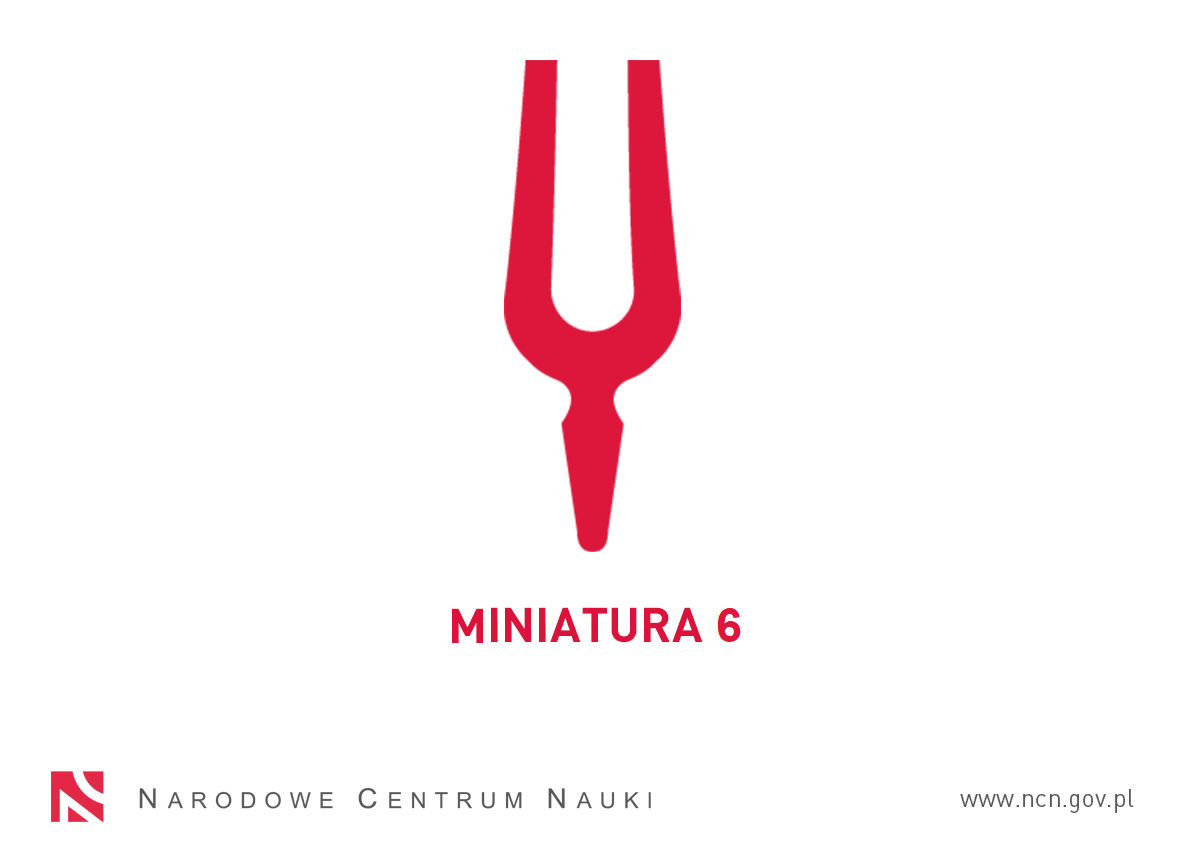