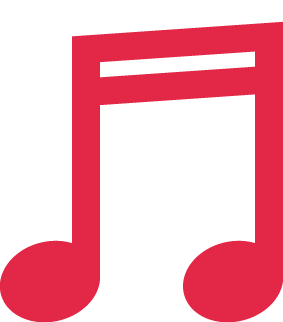 The National Science Centre (NCN) and the National Centre for Research and Development (NCBR) announce the TANGO 5 call.

The main objective of the call is to boost the commercialization of technologies based on basic research results obtained in initial projects and, in particular:

The projects will be funded by the NCBR. The total budget of the call equals 30 million PLN.

Proposals may be submitted only in electronic form via the LSI system, available at https://lsi.ncbr.gov.pl.

Please read the call documents available in this announcement and on the website of the NCBR.

How to apply for funding under TANGO 5?

Project proposals may be submitted under three different tracks described in the table below.

Who may act as the principal investigator?

What is the initial project?

The initial project is a basic research project funded under one of the national or international calls organized by the National Science Centre (except: ETIUDA, FUGA, UWERTURA and MINIATURA), the results of which provide the basis for the project submitted within the framework of TANGO 5. The end date of the initial project must not be earlier than 15 March 2016.

Funding can be applied for provided that, on the day the proposal under the TANGO 5 call is submitted:

Are there any restrictions on research proposals submitted in the call?

Yes. Only one proposal can be submitted under the TANGO Joint Initiative for each initial project. In addition, the following should apply:

For proposals submitted under track B:

What are the subjects covered by the call?

There are no restrictions as to the subjects of projects submitted under TANGO 5.

What is the project duration period?

How should the project budget be planned?

The maximum budget of a project submitted under track A is 250 thousand PLN.

The maximum budget of a project submitted under tracks B or C is 3 million PLN.

Detailed information on budgets and eligibility of costs under the TANGO call can be found on the official website of the NCBR.

Are there any restrictions on the size of the research team?

The terms and conditions of the call do not specify the minimum or maximum number of research team members.

What is the proposal evaluation procedure?

Following completion of a given round, proposals are subject to:

Merit-based evaluation is conducted by a panel of experts, based on information contained in the proposal and clarifications provided by the applicant.

What are the evaluation criteria?

Evaluation of proposals is performed based on the criteria of preliminary evaluation and merit-based evaluation. A detailed description of the criteria can be found in Annexes 3 and 4 to the Regulations.

When and how will the results be announced?

Results will be published online at www.ncbr.gov.pl within 8 months from the submission deadline.

Where can additional information be found?

Any questions about the call should be addressed to:

All project documents can be consulted on the website of the NCBR.