The project is devoted to exciton-polaritons, extremely interesting quantum particles with possible applications in various fields, such as high-precision interferometry, ultra-low power lasers and  data processing with low energy losses.

Exciton-polaritons are formed in semiconductors with a specially designed structure as a result of  extremely strong coupling of photons and excitons, which are material particles made up of an electron and a “hole”. Polaritons have a “Schroedinger’s cat” structure, i.e. the quantum state is defined by two alternatives: an alive cat, when the exciton exists, or a dead cat, when the exciton is replaced by a photon in the system. 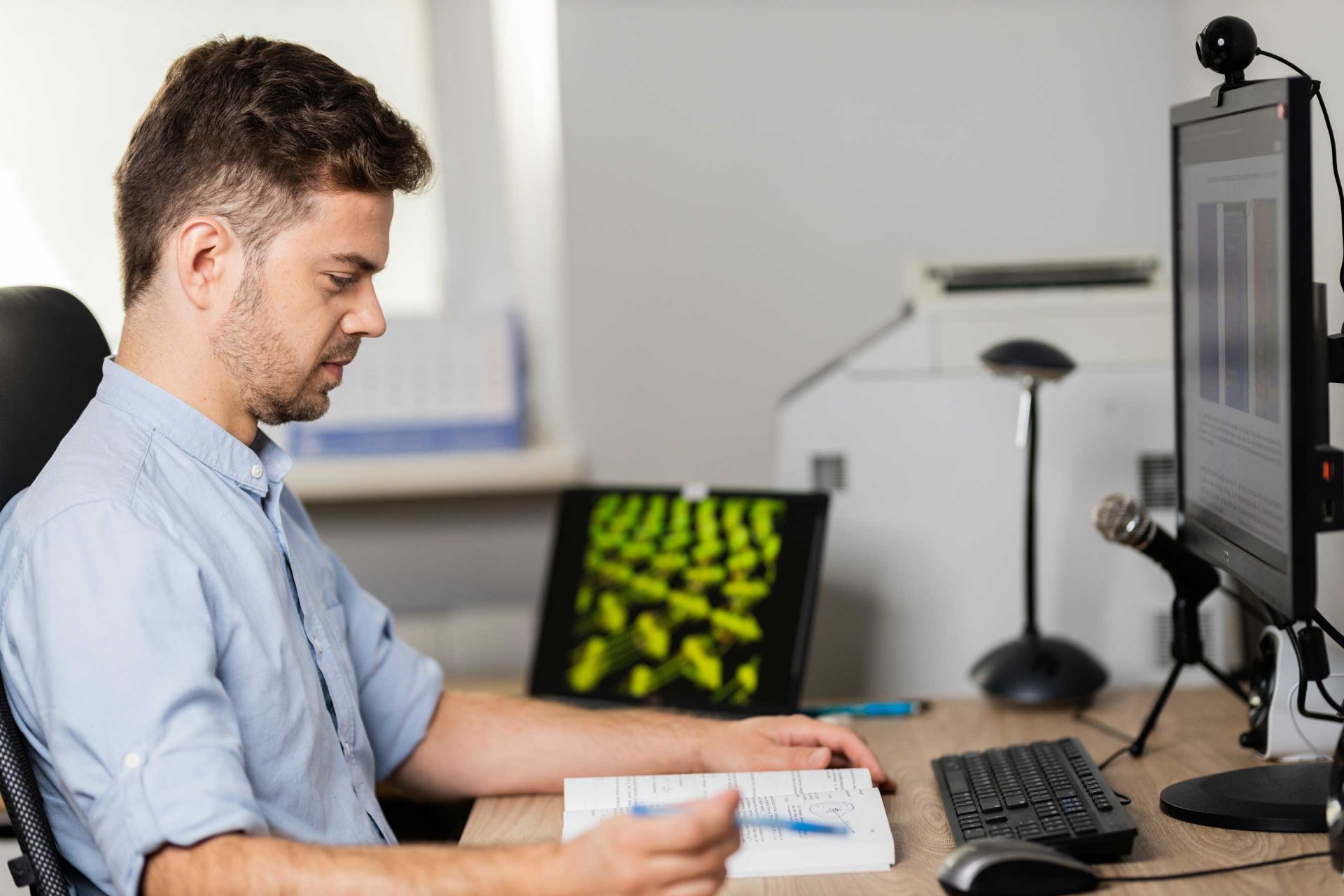 Photo by Michał Łepecki The InterPol project aims to create polariton lattices as a semiconductor platform for quantum simulations under laboratory conditions. The main goal is to achieve the strong quantum correlation regime, where interactions between individual polaritons will prevail over decoherence associated with photon losses, which will allow us to build simple quantum simulators. The project may play an important role in the development of accessible quantum technologies and contribute to our understanding of nanoscale non-equilibrium systems. 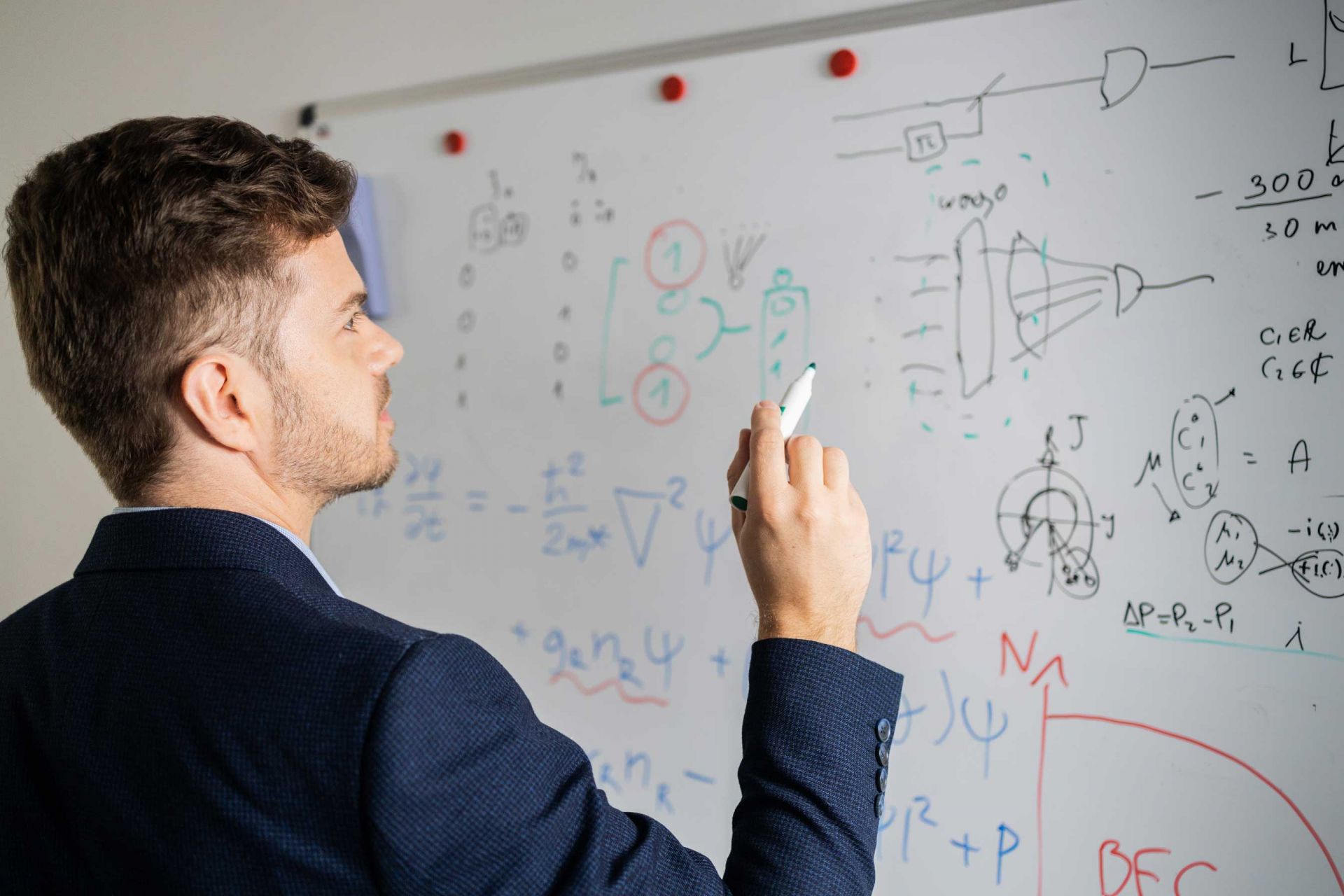 Photo by Michał Łepecki The project was divided into five research tasks. The first one was to create static polariton lattices using special atomic layering methods and to engineer structures with predefined geometries. The second task was to create lattices with variable geometries, thanks to innovative light-matter coupling methods. At the third stage, samples obtained in the earlier tasks were used to create strongly correlated quantum phases. Subsequently, we will employ what is known as topological protection of quantum states to significantly extend their lifetime. Another important task is to design new theoretical models of polariton systems for a comprehensive understanding of experimental observations. The Polish team takes part in the theoretical effort, lending support to experimental studies and developing the theory of quantum phases. 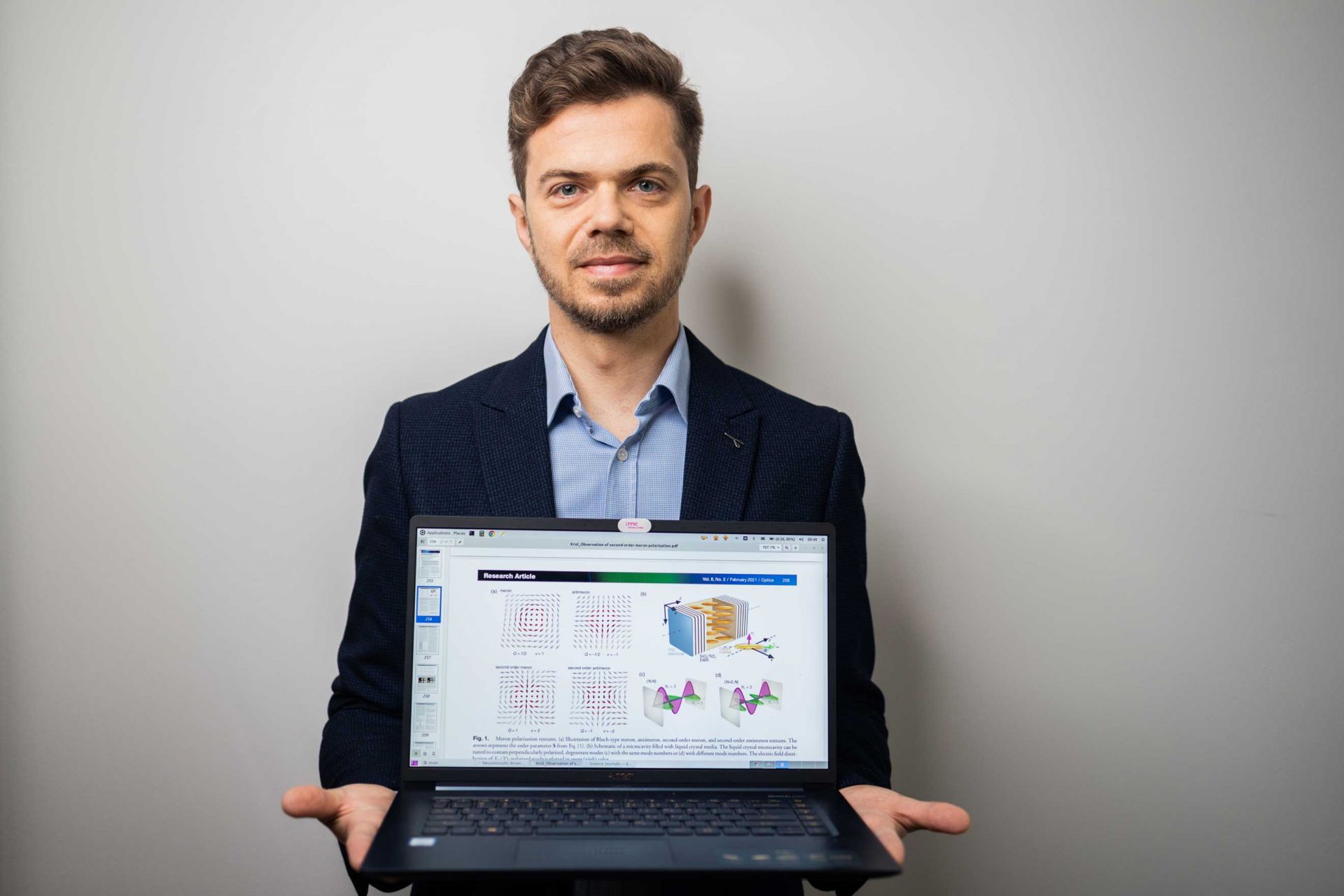 Photo by Michał Łepecki Among the main achievements of the project thus far is the successful synthesis and description of two-dimensional Lieb lattices and micropillars, aimed at testing strong polariton interactions, and creating polariton lattices in an open cavity. These basic systems will allow us to implement quantum simulators. Experiments with the lattice systems allowed us to observe the emission of chiral micro laser light beams, solitons in the energy gap and flat energy bands in polariton systems. In addition, artificial photon gauge fields were created in a lattice with a honeycomb structure, which provides a very useful tool for quantum simulations. The spin-orbit effect, polarization splitting, and topological states were also observed in two-dimensional Lieb lattices. New theoretical developments included a novel method for studying the dissipative Bose-Hubbard model, which led to the discovery of an interesting bistable time crystal.

The most interesting achievements by the Polish team included proposing and reallizing a polariton lattice that allows machine learning to be implemented in quantum systems. The concept is currently being intensively developed in collaboration with experimental groups and has inspired a new NCN project carried out in a consortium with an experimental group from the University of Warsaw.

Professor Matuszewski earned his PhD in theoretical physics in 2007 at the University of Warsaw and went on to complete a three-year postdoctoral fellowship at the Australian National University, where he won a prestigious scholarship from the Oliphant Endowment Fund. In 2010, he returned to Warsaw and set up a research group focused on polariton theory in the Institute of Physics, Polish Academy of Sciences. He has won a number of awards, including awards for young scientists granted by the Ministry of Science and Higher Education and the Polish Academy of Sciences. He has co-authored more than 80 publications with a total of more than 1800 citations. 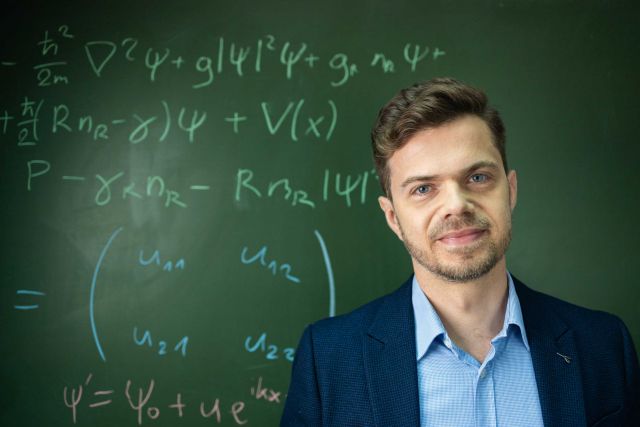