Funded under the SONATA BIS call, this project was inspired by the marked rise in drug resistance that we have now seen for more than 30 years. Drugs we have relied on until now are gradually becoming ineffective as pathogenic bacteria and fungi develop specific defence mechanisms that make them drug-resistant.

Antimicrobial peptides (AMP) now offer a glimmer of hope in our struggle against such drug-resistant pathogens. AMPs are small molecules that form part of the innate immune response of all living organisms. Different AMPs can combat fungi, bacteria, viruses, protozoans and even cancer cells. Bacteria are likely to have been exposed to AMPs for millions of years and yet, except in a handful of species, no widespread resistance to these molecules has been observed. This makes them a potential “treasure trove” for designing antimicrobial drugs. 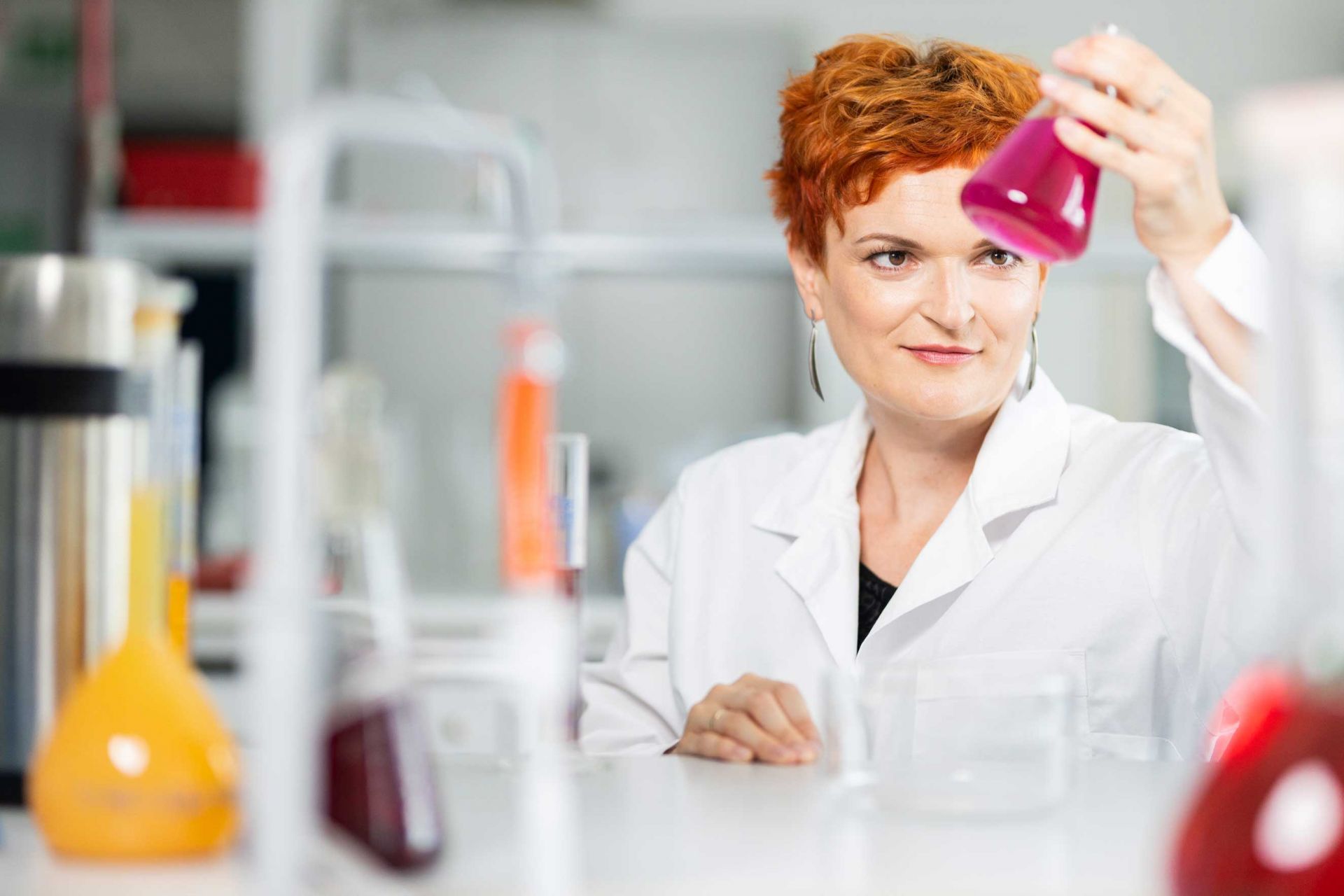 Photo by Michał Łepecki Biologically essential metal ions, such as zinc – Zn(II) and copper – Cu(II), have a dual effect on the activity of antimicrobial peptides: (1) AMPs bind these ions, which means that microbes do not get enough essential metals they need to survive and cause disease (metal-ion capturing) or (2) AMPs require specific metal ions to reinforce their antimicrobial action. The project studied the thermodynamics, structure and coordination chemistry of a number of AMPs with zinc and copper ions and compared these data with their antimicrobial action to determine the correlation between the structure of metal-peptide complexes and their stability, mode of action and efficacy. In cooperation with a group headed by Dr Agnieszka Matera-Witkiewicz from the Medical University of Wrocław, we selected the most effective AMP-metal complexes, i.e. calcitermin (isolated from human airways) and piscidins (isolated from fish), to design new antimicrobial peptides and metal-peptide complexes with a higher antimicrobial effect. 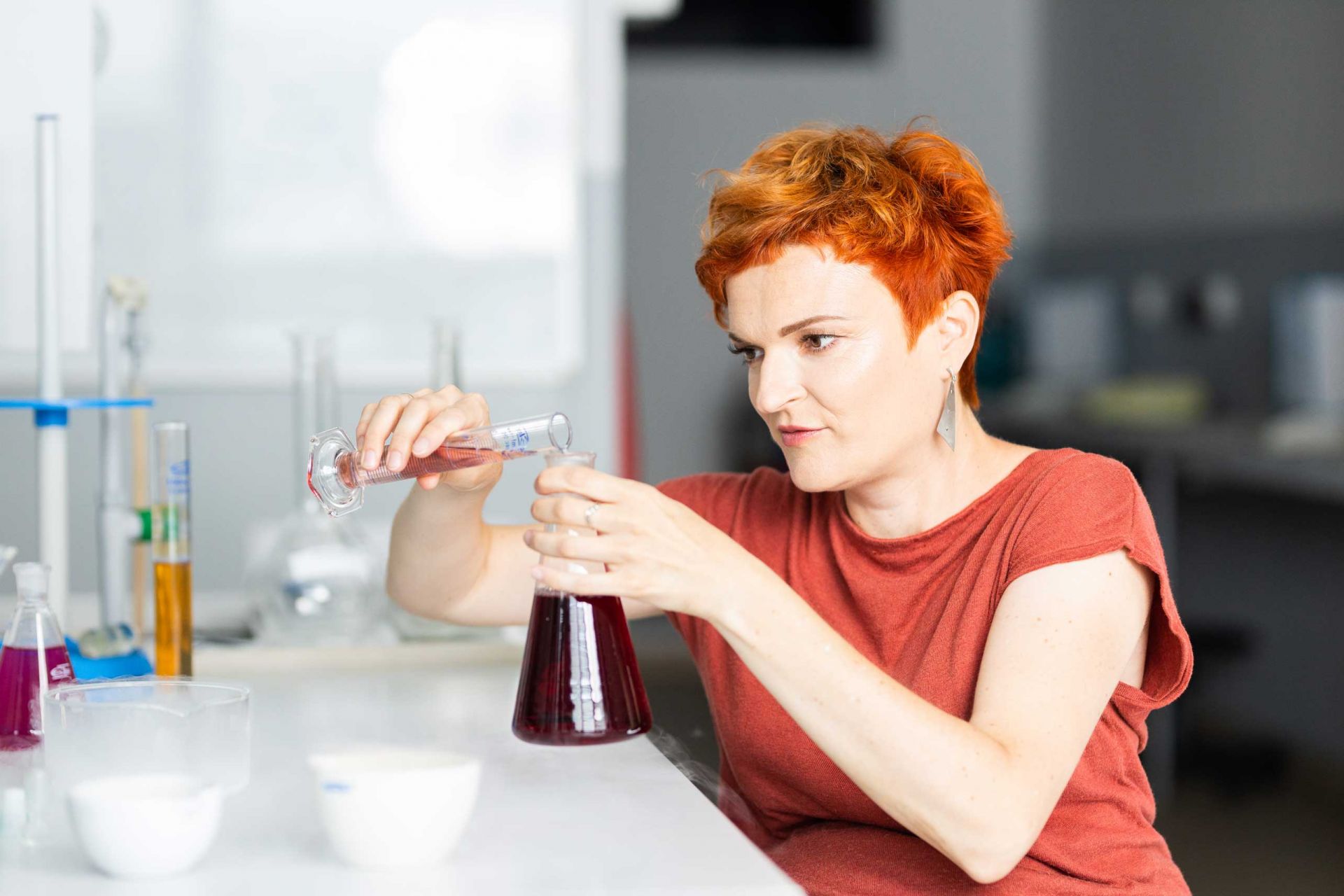 Photo by Michał Łepecki These newly designed AMP complexes will be combined with a fragment of the Pra1 zincophore, a protein secreted by Candida albicans, which binds the Zn(II) ions essential for the fungus and delivers them to their specific receptor, the transmembrane zinc transporter (Zrt1). This interaction was described within the framework of an earlier SONATA project (“Zrozumienie oddziaływań cynku z cynkoforami i transporterami Zn(II) w grzybowych patogenach” [“Understanding zinc interactions with zincophores and Zn(II) transporters in fungal pathogens”]) in cooperation with Professor Duncan Wilson from the University of Exeter. We demonstrated that even the short C-terminal region of the zincophore, which consists of just 29 amino acids, effectively binds zinc ions and is selectively recognized by the fungus. Such a highly selective targeting molecule can be successfully combined with antifungal drugs, selected from among those commonly used in clinical practice or, in the case of drug-resistant infections, antifungal agents based on one of the antimicrobial peptides we are currently working on.

Earned an MSc in biotechnology and physics (2008) and a PhD (2011) and habilitation degree (2018) in chemical sciences. Author of more than 70 publications. Graduate of the Wrocław University of Science and Technology and École Normale Supérieure de Cachan. Between 2012 and 2015, she worked at the University of Zurich. Currently, she heads a team at the University of Wrocław that tries to decipher the secrets of antimicrobial peptides (a promising alternative to traditional antibiotic therapies) and zincophores (molecules that guide these therapeutics to selected bacteria and fungi). 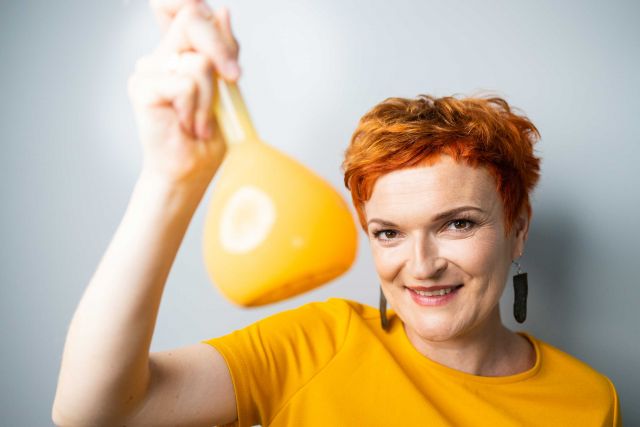