Brown bear movement in an environment transformed by humans

Funding scheme : BiodivERsA
announced on 14 May 2015

The movement of animals across landscapes is crucial for many ecological processes, from individual survival to the persistence of populations. The expansion of human infrastructure, such as roads and urban settlements, creates barriers to animal movement and alters both the physical structure of the landscape and the way animals move. In this project, we have focused on brown bears in order to investigate the functional connectivity of European landscapes, i.e. the degree to which landscapes in Europe facilitate or impede the movement of individual bears and associated genes. 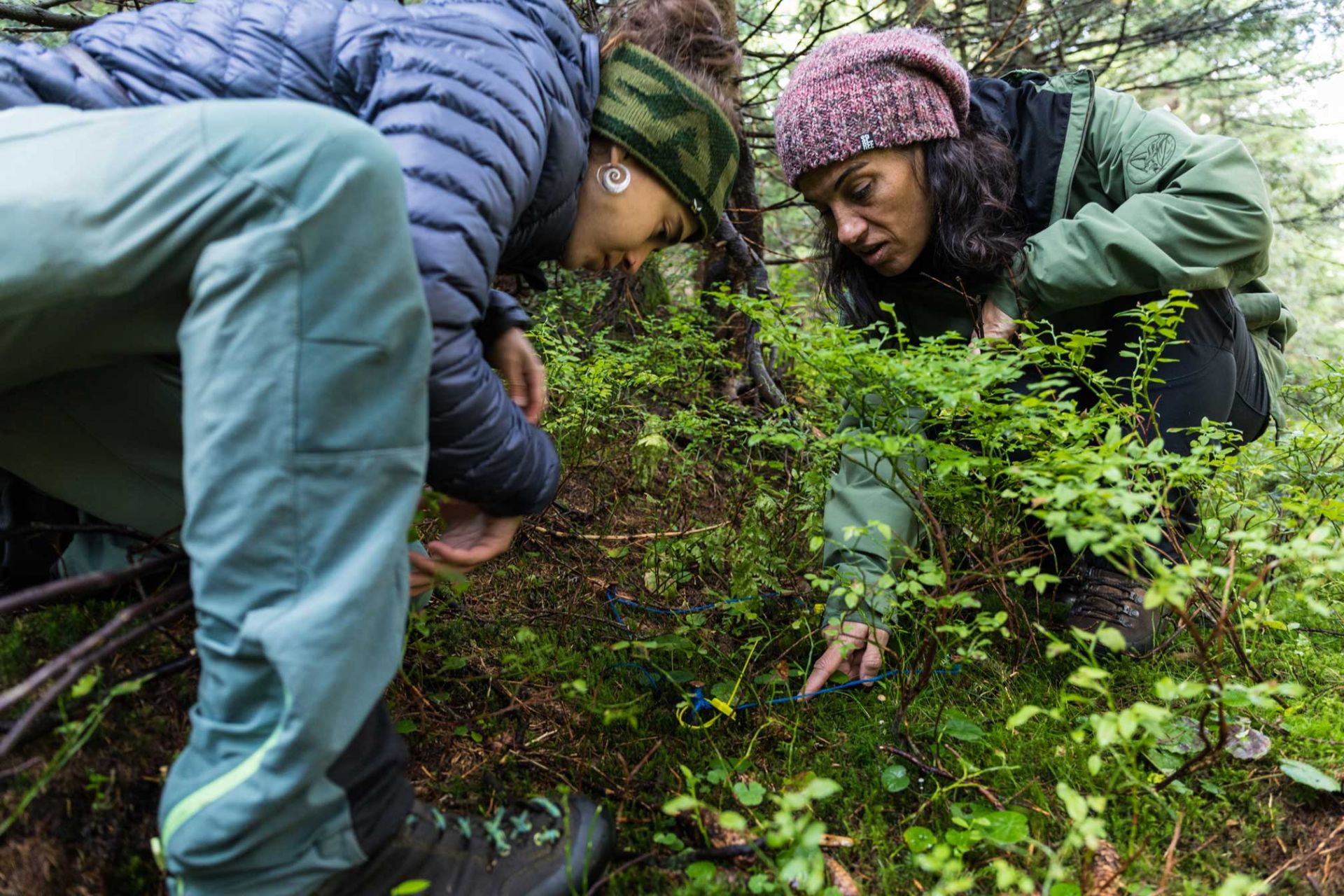 Fieldwork. Checking bilberry germination in labelled bear droppings. Photo by Christine Sonvilla In humanised landscapes, long-distance movement is particularly important for maintaining gene flow between isolated populations but, at the same time, is challenging for the animals. In brown bears, usually young males are taking long trips from their place of birth to new sites in order to find a partner and reproduce. We reported the longest dispersal distance for a brown bear in central Europe (360 km straight distance), starting in the Tatra Mountains in Poland up to the Gorgany Mountains in Ukraine, thus potentially connecting the western and eastern Carpathian

population segments. During his dispersal, this bear kept away from built-up areas and had to make 21 road crossings per month on average. He was the only tracked bear crossing highways successfully, with the help of wildlife passages. He moved through four countries and crossed a border once per week, each time falling under different legislation. We reviewed 29 cases of long-distance dispersal reported for large carnivores in Europe and found that 96% were transboundary. Most cases of long-distance dispersal ended with the animal’s death before it could reproduce and, thus, could not support population connectivity. Eighty-two per cent of the confirmed deaths

were human-caused; almost half of them were legal killings. Our study emphasised the high conservation value of long-distance dispersers in large carnivore populations, as well as the urgent need to consider them as mobile conservation targets and to include wide-ranging movements in conservation policies. 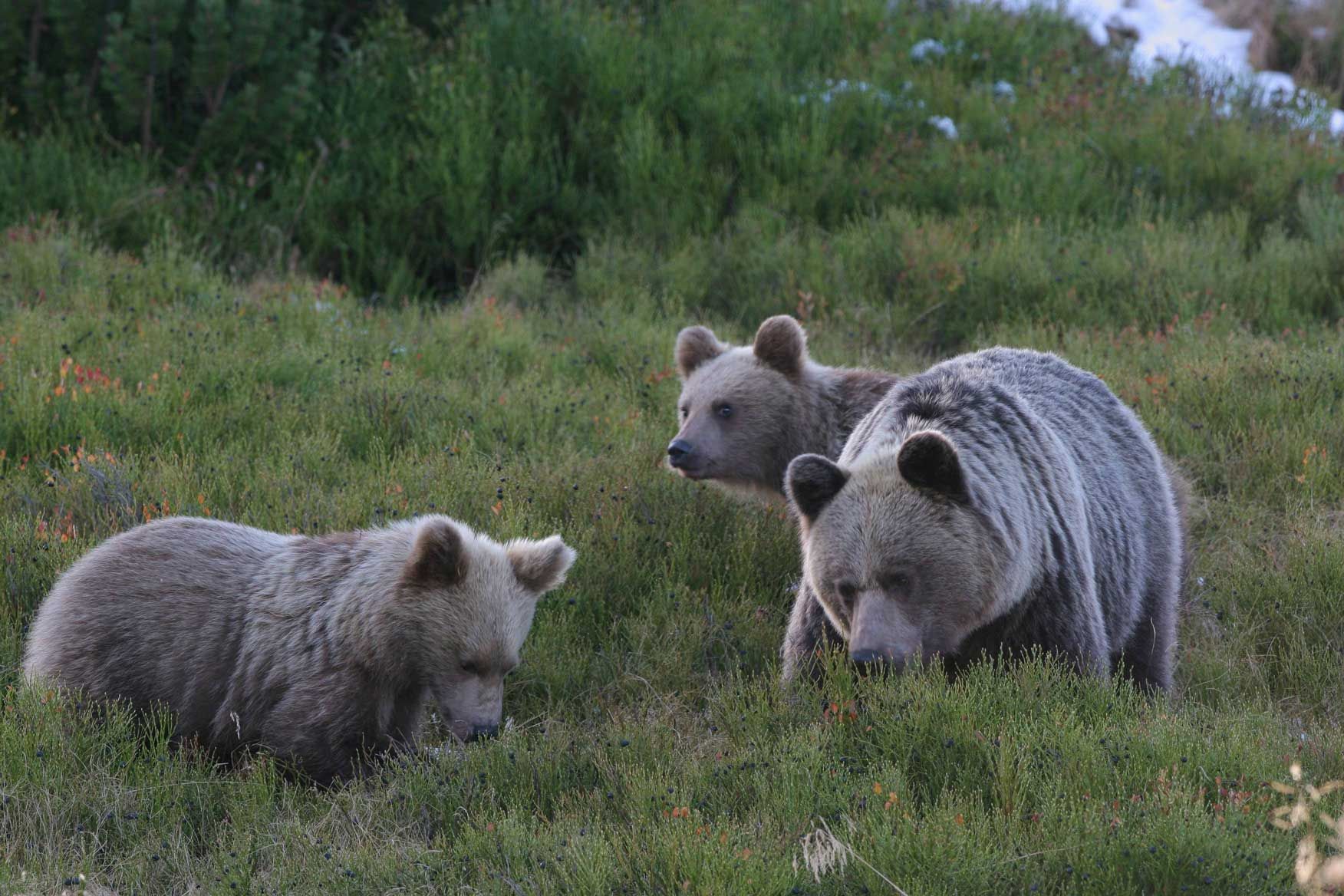 Bear family (femable with cubs) eating bilberries in the Tatra National Park. Photo by Adam Wajrak A fundamental ecological process that also relies on animal movement is seed dispersal. Worldwide, bears dispersed seeds from over hundred fleshy-fruited plant species. Fleshy fruits represented on average 24% of the food items consumed by bears across their distribution range. For fleshy fruits, it was good to be eaten by bears, as seeds germinated better after passing through bears’ gut than when embedded within the whole fruit, and bears did not damage most seeds while eating them. We found that brown bears dispersed the vast majority of bilberry (Vaccinium myrtillus) seeds in the Tatra Mountains. Together with two species of thrush and red foxes, they were the most efficient bilberry dispersers. We marked and monitored the fate of bear scats and detected bilberry germination in all of them. On average, we counted 154 bilberry seedlings/m2 in bear scat locations. This number doubled at scats in bear beds, suggesting that bear resting behaviour, which involves digging the soil, clearly enhanced the recruitment of bilberry.

Fleshy fruits, in particular the bilberry – detected in 56% and 42% of the bear scats, respectively – play a pivotal role in the feeding ecology of Tatra brown bears. In total, we identified 173 different food items in the diet of brown bears in Tatra, most of them of natural origin. Despite the high levels of human pressure in the region, bears still provide important seed dispersal services. We showed that brown bears are legitimate seed dispersers and highlight that the decline of brown bears may compromise seed dispersal services and plant regeneration processes, as bears are among the few megafauna species still dispersing large amounts of seeds over long distances in temperate and boreal regions. 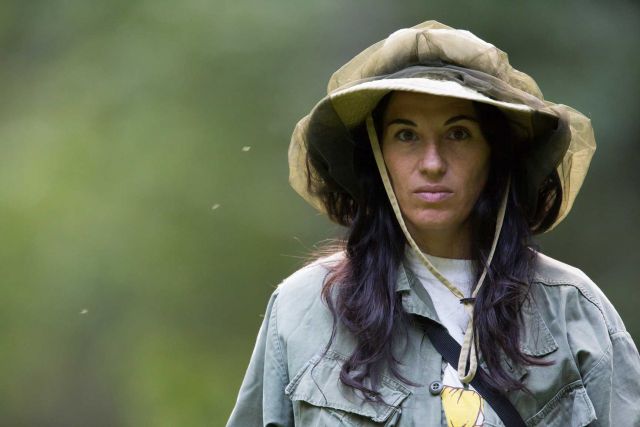