Attractive scholarships for PhD students from the NCN and NAWA

A scholarship for the best PhD students at doctoral schools, funding of research and an opportunity to do a foreign fellowship– these are the underlying assumptions of the new PRELUDIUM BIS call launched by the National Science Centre (NCN) and the Polish National Agency for Academic Exchange (NAWA). The two agencies signed a cooperation agreement today.

The objective of the NCN and NAWA cooperation is to create common forms of research funding to ensure continuity and coherence of research as well as to increase mobility, which is essential for achieving scientific excellence and establishing international cooperation. The result of these two institutions’ joint activities will be a complementary call offer, ensuring greater effectiveness of the grant system. The cooperation agreement was signed on behalf of the NCN by Director Zbigniew Błocki and on behalf of the NAWA by Director Łukasz Wojdyga. The ceremony was attended by the Deputy Prime Minister, Polish Minister of Science and Higher Education Jarosław Gowin.

“Since the NCN’s inception, our priority has been to create a call offer that meets the needs of scientists and to simplify the procedure of applying for funding as much as possible” said Professor Błocki. “Cooperation with the Polish National Agency for Academic Exchange will allow even more effective actions in this area.”

“As part of the new model of education for PhD students, i.e. doctoral schools, we are today inaugurating an extremely elite pathway addressed to 300 young students and at the same time to their outstanding supervisors” said the Deputy Prime Minister Jarosław Gowin. “I would like to thank the National Science Centre and the Polish National Agency for Academic Exchange for an example of how one can work together rather than compete”.

PRELUDIUM BIS is the first result of the cooperation between the agencies under the Polish Ministry of Science and Higher Education. The call for research projects carried out by PhD students as part of their doctoral dissertations will be announced by the NCN on 16 September. The programme is addressed at institutions running operating doctoral schools, and NAWA will fund a foreign fellowship for a PhD students carrying out a research project.

“PRELUDIUM BIS guarantees financial stability for PhD students” emphasized Professor Błocki. “The attractive remuneration that young researchers will receive for four years is intended to give them the opportunity to choose a research career path and to compete for a job in business.

“The Polish National Agency for Academic Exchange has been operating for less than 2 years, so it is a great satisfaction for me that we were invited to cooperate with the NCN – an institution of great competence and many years of experience in creating tools supporting Polish scientists,” said Director Wojdyga. “NAWA’s contribution is clear: it concerns support for the mobility of PhD students selected in the PRELUDIUM BIS call. There is no doubt that in today’s globalised world it is impossible to create science outside the international circulation of thought.”

The first edition of the PRELUDIUM BIS call will provide support for 300 participants of doctoral schools. The funding model jointly developed by the NCN and NAWA will contribute to effectively shape their further research careers on the basis of scientific excellence. Discussions are also underway on the possibility of cooperation in subsequent initiatives and support by the NCN for the research part in such programmes of the Polish National Agency for Academic Exchange as the Napoleon Cybulski programme, which grants scholarships to recognised foreign researchers for long-term visits, or the Polish Returns programme, which enables outstanding Polish researchers to return to Poland and take up employment in Polish universities, research institutes or organisations.

Proposals in the first edition of the PRELUDIUM BIS call can be submitted until 16 December 2019. 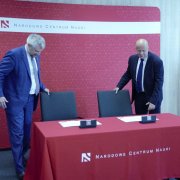 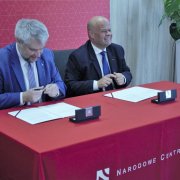 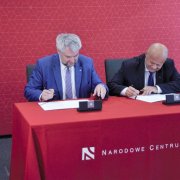 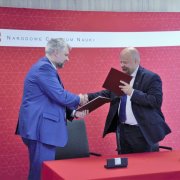 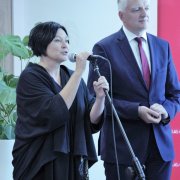 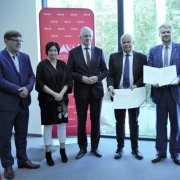 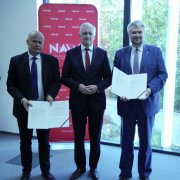