In 2022, the National Science Centre adopted its Gender Equality Plan for 2022-2025, which contains a diagnosis of the status quo and future measures that the NCN is planning to take to support gender equality. One of the objectives is to increase the importance of gender equality issues in the NCN’s informational and promotional campaigns. We regularly publish researcher profiles on our website, we run a mini-social media campaign devoted to the presence of women in science, and get actively involved in initiatives such as the “Scientific Excellence Has No Gender” conference, organised by the Polish Young Academy of the Polish Academy of Sciences (AMU PAN). We have now also launched a series of talks with researchers of both genders about how to level the playing field for men and women in research and help them reconcile work and family life. Our first interviewee is Prof. Katharina Boguslawski, a quantum chemist from the Nicolaus Copernicus University, winner of the ERC Starting Grant 2022 and the NCN Sonata grant. 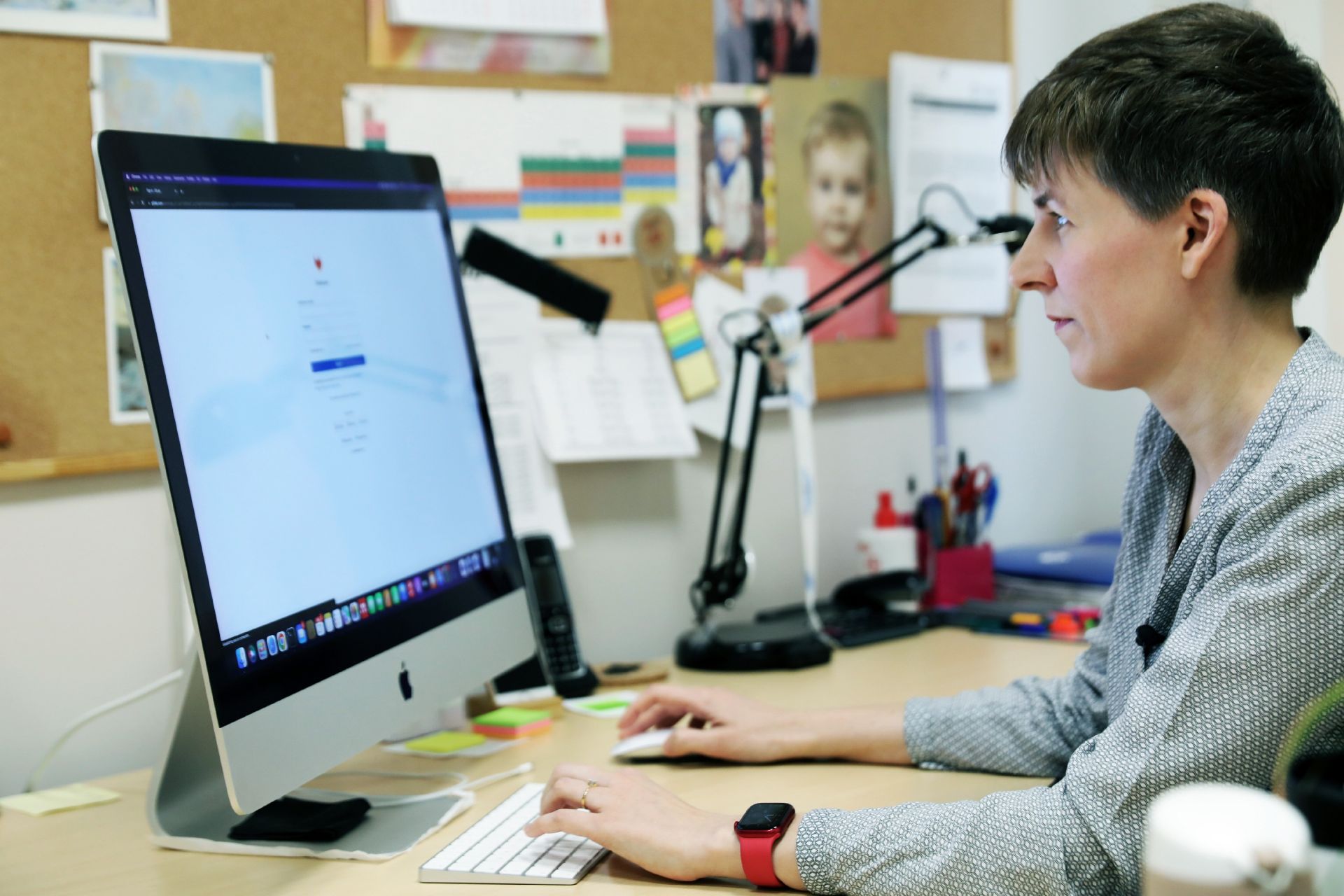 A tricky and delicate challenge

Anna Korzekwa-Józefowicz: You have achieved considerable success in quantum chemistry, a male-dominated field. Do you ever get the impression that gender is an important factor in scientific activities?

Katharina Boguslawski: When I started my career as a quantum chemist, I grew up in an environment where equality and equity were a daily occurrence. As a young researcher, I got accustomed to a world where scientific excellence does not have any gender. Thus, in the early stages of my career, I did not see, nor did I experience, quantum chemistry—in a negative way—as a man-dominated field. In the later stages of my career, I did, however, experience a series of adverse events. They gave me the impression that I might have the “wrong” gender, not just in quantum chemistry but in science in general. Incidents ranged from being deliberately ignored in scientific discussions to questions about “where did I leave my kids” to inappropriate comments concerning the abilities of female scientists. Despite demotivating, these experiences were more of an exception than the rule. Nonetheless, I still believe that women, especially those working in STEM, must have thick skin.

AKJ: You participated in the Polish Young Academy PAS (AMU PAN) "Become a Researcher/Zostań badaczką" initiative, which aims to encourage female students to work in science, especially in STEM fields, where there are still far fewer female scientists than male scientists. How can these fields benefit from greater representation of women?

KB: I believe that many young women do not consider themselves competitive compared to their male counterparts. Furthermore, many might consider having a family/children as a disadvantage, which will leave them behind when it comes to acquiring grants or faculty positions. In this respect, the „Zostań badaczką” event organized by AMU PAN is significant. All speakers are successful female scientists across all disciplines, and most of us have children. We demonstrate that women can simultaneously have a successful career in science and a family and that the one does not exclude the other. Furthermore, we tell young women about our experiences and what it takes to be a female scientist. I believe that young female researchers need to be confirmed that they are competitive. On the other hand, there are also many issues that we are not speaking about. A supportive net is desirable that assists female researchers in combining an academic life and family obligations. For instance, if I want to go to an international conference, the first question that comes to mind is what I should do with my kids. Logistically, this is a severe problem (at least in my field of research) as I cannot afford to take my children with me. I do not have grandparents living “next door” either who have no obligations themselves. Improving logistics would allow female scientists to reconcile work and life.

AKJ: You said that female scientists must have a thick skin. How do you motivate female students to do scientific work knowing that they may have a rather difficult task ahead of them?

KB: First, I tell them that being a woman in science may be challenging. If a young woman asks you how it is to be a woman in STEM, you tell her the truth. It is not a place for whitewashing. When I was still a student, I was told the same thing: women need to have sharp elbows. At the time, I did not fully understand that comment, but over the years, it became “crystal clear.” Thus, I try to use my own experience and the experiences of my female colleagues when engaging and motivating female students or young researchers. I have heard several times that female students think they are not good enough or persistent enough to push their way through to the top. I consider this opinion irritating, and I try to convince them they are equally qualified as their male counterparts. Most importantly, what they are not able to do now, they can still learn. It is vital to believe in oneself and continue doing (or even trying) the things they are passionate about or interested in. Finally, I always tell them that there are also benefits to being a scientist and a mother at the same time. I cannot imagine any other “job” where I can define myself a proper work-life-balance tailored to my own needs. Of course, it is hard to combine family obligations and a scientific career, but it is doable—persistence matters. 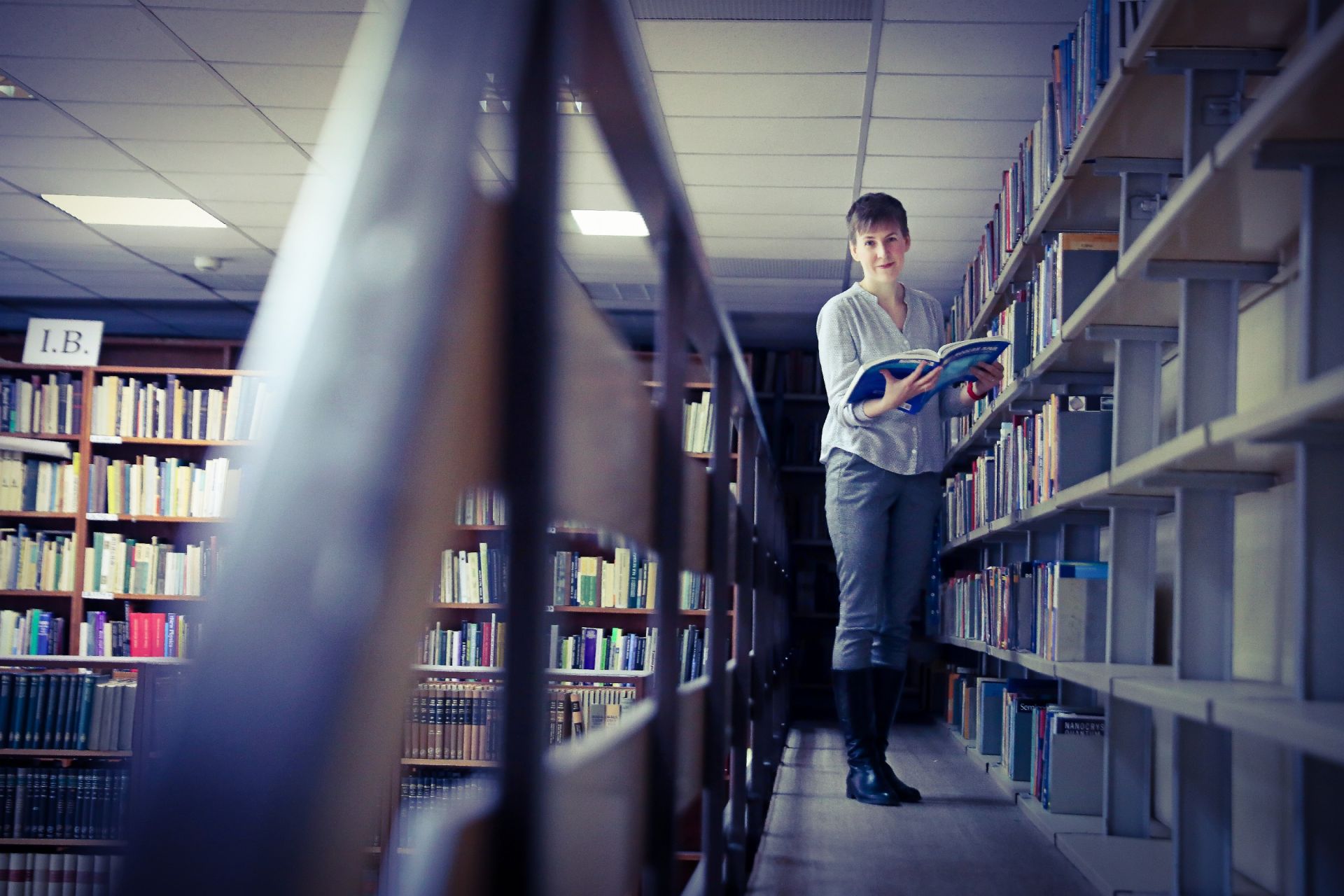 AKJ: Do you participate in other such actions to support young female scientists?

KB: I participated in several events that aimed at popularizing natural sciences, in particular to students and pupils (“Festiwal Nauki i Sztuki” in Kutno, Krajowy Fundusz na rzecz Dzieci, “Kobiety IT” organised by Nokia Bydgoszcz, etc.). Unfortunately, most of these events stopped because of the COVID-19 pandemic. Our Institute is currently organizing a series of workshops, “Cyfrowa nanonauka”, which is planned as a continuous event throughout 2023. I also aim to participate in this event.

AKJ: A few weeks ago, there was a controversy concerning the Council for Higher Education, Science and Innovation, which is to advise the President of the Republic of Poland and which was composed of men alone. Currently, there are five female researchers on the 24-member board. Does the participation of women in such bodies have an impact on the real situation of women in science?

KB: As I am not an expert nor familiar with professional studies on this topic, I can only provide my opinion on this question. Generally, it is a challenging and tricky task to improve the situation of women in science. Present-day events concerning the appointment of the Council for Higher Education, Science, and Innovation prove that scientific excellence does not necessarily correlate with political clout. Most importantly, this Council should represent scientific excellence in both basic and applied sciences, and its members should feature an outstanding scientific track record and achievements. It is demotivating for the scientific community when a Ph.D. student or a freshly graduated post-doc has more impressive scientific accomplishments than selected members of the recently appointed Council. Furthermore, women are generally underrepresented in many bodies. Thus, almost no one speaks with our voice; hence, the problems we face in academia are not directly heard nor adequately addressed. To raise awareness and improve female scientists' current situation, we require better representation. Most importantly, I am talking about a well-balanced, appropriate representation, not simply including a single (or a few) "quota women." Bodies should represent the diversity of the scientific landscape and promote equality and equity. Diversity is always an advantage, and all bodies would benefit from it. My understanding of diversity relates to the broader context, that is, not just gender but also race and age.

AKJ: You have spent most of your scientific life abroad. On the basis of these experiences, could you indicate solutions supporting equal opportunities for women and men that should be introduced at Polish universities and scientific institutes?

KB: In my opinion, Polish Universities fell back regarding the support of equal opportunities for men and women. They have a lot to catch up on. The important thing is that they have to catch up the right way, acknowledging that we are in the 21st century and supporting both men and women alike. Listening to the needs of young and early-stage career researchers is essential. Otherwise, more and more talented young scientists will flee academia. Many practices are in place to ensure equality and equity and promote work-life balance. Examples include an equality and equity office that actively addresses and solves problems, day-care facilities on campus, teaching hours that agree with the opening hours of day-care and kindergarten facilities, and a stronger representation of early-stage career researches in boards and committees at various levels (Departments, Institutes, Faculties, and University). 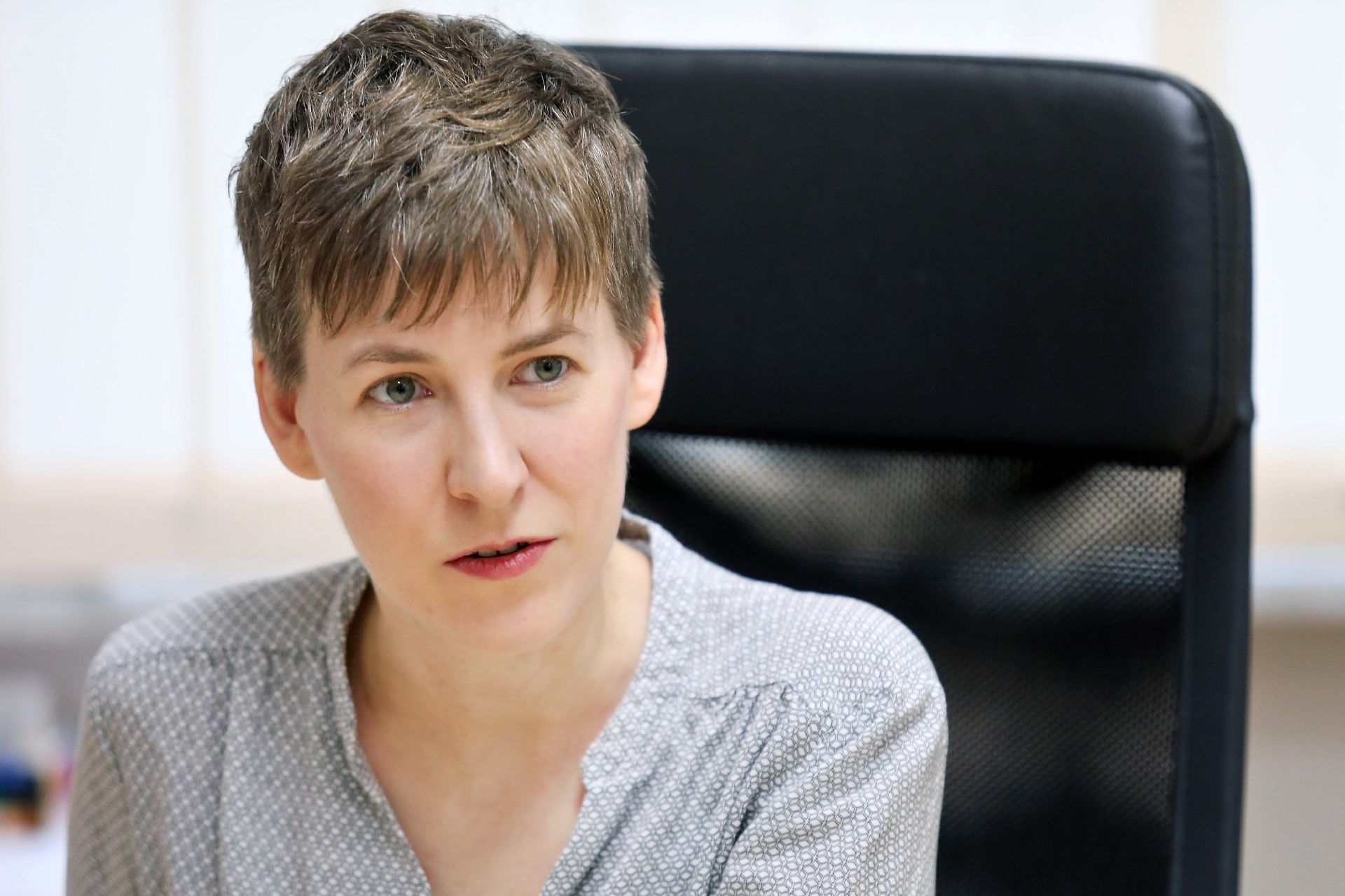 Prof. Katharina Boguslawski is a quantum chemist, whose research combines chemistry, physics, mathematics and applied computer science. She focuses on developing innovative computing methods to model the properties of large chemical molecules without the need for experiments. Prof. Boguslawski graduated from her MSc and PhD programmes from the Swiss Federal Institute of Technology in Zürich, and went on to complete postdoctoral fellowships at the Swiss Federal Institute of Technology in Zürich and McMaster University in Canada. She currently works at the Nicolaus Copernicus University in Toruń. The second interview in the series will be released in March. Gender equality issues are also addressed by interviews published by the QuantERA network. To find out more about international female researchers with important achievements in quantum technologies, visit the programme’s website.
Projekt graficzny i wykonanie: Jakub Piotrowski